We’re introducing a new, regular feature here at Kindle Fire on Kindle Nation Daily: the Amazon Encore Spotlight. Today we kick off the new feature with an Amazon Encore Editor’s Pick: a book I’ve personally read and can personally recommend. 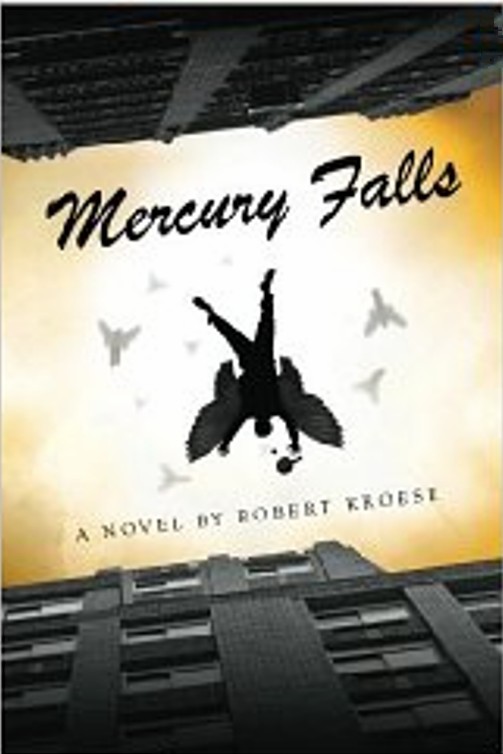 Amazon Encore is one of Amazon’s own publishing imprints, and its editors are tasked with finding the best-selling and best-reviewed self-published books, then re-publishing them under the Amazon Encore banner to bring them to a wider audience. AmazonEncore Kindle books are always reasonably priced, generally between $2.99-$4.99, and are typically offered for free borrowing to Kindle owners through the Kindle Owners Lending Library. With Amazon Encore, you can be sure you’re getting a quality product that many readers have already endorsed with their purchases and reviews.

Mercury Falls is a comic novel about the intersection of organized religion and media, young adult literature as an opiate of the masses (as well as a form of punishment for ancient pagan goddesses who step out of line), and Murphy’s Law as it applies to the installation of new flooring on the eve of Armageddon. With something akin to the irreverent wit of Douglas Adams (The Hitchhiker’s Guide to the Galaxy), author Robert Kroese paints the reality of Heaven and Hell as one massive bureaucracy, so mired in its own red tape and legalese that it would rather bring an end to the world as we know it than risk breaking protocol or procedure.

Into this mess steps Christine Temetri, a reporter who’s become pretty jaded by years of covering the end of the world prophecy beat for a faith-based news outlet. Christine finds herself tasked with preventing the assassination of the burger-scarfing slacker who was christened Antichrist as a publicity stunt to sell more young adult books, because for the heavenly and hellish powers that be, a burger-scarfing slacker is as good a figurehead as any when you’ve got an Apocalypse to launch. Unfortunately for Christine, she, the burger-scarfing slacker and a lackadaisical fallen angel called Mercury are humanity’s only hope.

This is a funny book, and one that’s likely to appeal to fans of comic fiction, variations on the apocalypse theme, and stories that take an unconventional view of Heaven and Hell.

Author Robert Kroese was kind enough to answer a few questions for me.

1. What was your inspiration for Mercury Falls?

I used to have a very snarky, sarcastic blog called Mattress Police, which was my outlet for my somewhat off-center sense of humor. Around the time that blog started taking off, I was inexplicably selected to be a deacon in my church. My efforts to mentally reconcile these two roles led me to create the character Mercury, an angel who is generally well-intentioned but not terribly well-behaved. I put Mercury at the brink of the Apocalypse because I figured he’d be more interesting as a character if the stakes were ratcheted as high as possible. The whole world is depending on him, but he’s still the same old irresponsible cherub.

2. Your author bio states you’re a church Deacon, yet your treatment of angels, demons and biblical matters in Mercury Falls is comic and satirical. I didn’t find your book to be mocking or demeaning in its treatment of religion, but how would you respond to a critic who levelled such a claim? 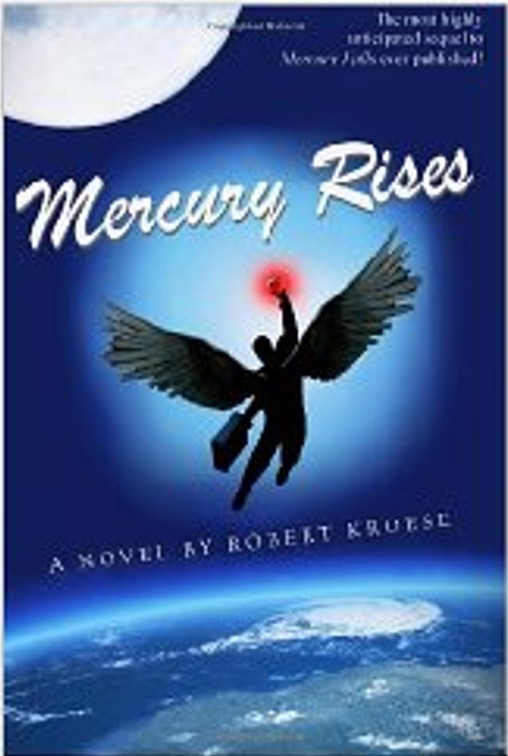 I’ve actually been surprised at how few people take offense at the book. Non-religious people often assume that religious people will take offense at a book that pokes fun of religion, but for the most part Christians seem to “get it.” They understand that the book isn’t making fun of God; it’s making fun of human attempts to understand Him, as well as other concepts that are, as one character says, “above our pay grade.” If you start trying to make sense of concepts like heaven, hell, angels, and demons from a purely human perspective, things get absurd pretty quickly. The jokes almost write themselves.

3. Mercury Falls was originally self-published; how was the experience of transitioning from indie to mainstream author under the Amazon Encore imprint?

The process was amazingly smooth. Someone once said something about working for ten years and then becoming an “overnight success.” That’s sort of how it was with Mercury Falls. I spent three years writing the book and creating an online presence to market the book, and then I worked my ass off marketing the book for months after it came out. After about six months, the book had sold enough copies (and gotten enough 5-star reviews) to interest Amazon’s fledgling publishing company. I got an email from an editor at AmazonEncore asking if I’d like to have them re-publish the book, and of course I said yes. They did some copy editing, designed a new cover, and re-released the new version almost exactly a year after I’d originally self-published it. With some marketing help from Amazon, the book did really well.

4. Mercury Falls is the first book in a series. What can you tell us about Mercury Swings and Mercury Rises?

Mercury Swings is a goofy little side-adventure; sort of a missing chapter between Mercury Falls and Mercury Rises, which is the second book of the trilogy. I just finished the final book, Mercury Rests. It’s scheduled to be released in October.

5. Do you plan to continue the Mercury series, or will your next book be something entirely different?

After Rests, I’m moving on to something else. I’m about a quarter of the way through a sort of satirical high fantasy called Disenchanted, which I describe as sort of what The Lord of the Rings would be like if it were told from the perspective of one of the Nazgul (“Ring-Wraiths”). The Nazgul kind of got the shaft, if you think about it. They accepted these Rings of Power, not really understanding what they were getting into, and then they were eternally cursed to be Sauron’s errand boys. Disenchanted is about a prince who finds himself in a similar situation — he dies at the beginning of the book, but rather than being called home to the Hall of Warriors, he’s trapped in the physical world, where he has to either find a way to break the curse or accept that he’s going to become something pretty unattractive.

If you’re looking for some fun, light reading that still has something meaningful to say about the society we live in, check out Mercury Falls ($4.99, free to borrow for Kindle owners, avg review rating 4.5/5 stars across 268 reviews).