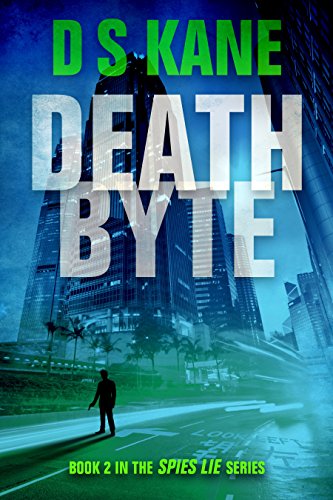 When the plans to a new device that could change the course of world politics forever is stolen, every country goes looking. It’s going to be a free-for-all.

When someone breaks into William Wing’s Hong Kong apartment and steals the hard drives from his computer, it sets several intelligence services searching for the plans to a new device that could change the course of world politics forever.

Wing’s worst fears, that he might become hunted for what they think he knows, is the least of the issues at hand for his friend, Jon Sommers. Sommers will have to leave his deep cover assignment to help his friend, and he’ll need a team. The Mossad wants what Wing lost, and so do the Americans, the Chinese and the Brits. It’s going to be a fight to see who finds the plans first…

“…A fast paced, action packed, nail-biting psychological,(spy) drama. The story is very original and well written. Once again Mr. Kane grabbed me into the story, and kept me up late into the night, needing to read more!” ★★★★★5 star Amazon review