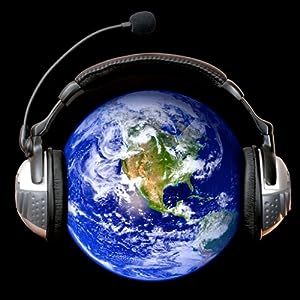 There are lots of podcasts available in Amazon’s App Store, and you can listen to any of them through your Fire’s speakers or headphones. As an added bonus, podcasts tend to cost only a buck or two for an unlimited subscription, and many of them are totally free!

Here are some of the best-reviewed podcasts from the app store:

Stimulated Boredom ($1.99, avg review rating 5/5 stars): an Internet radio talk show and podcast discussing news, politics, history, science, technology, social issues, and more. It’s a place to overcome boredom and find mental stimulation through discussion of a diverse range of topics, ideas, and opinions. This is the most convenient way to access Stimulated Boredom on your Android device. You’re always connected to the latest episode. For instant access, just touch and play.

I came across this in 2008 while looking for something to listen to at work (I recommend headphones if you too will listen at work). What I found was a treasure trove of topics ranging from politics to movie reviews. Dana, the show’s host, is knowledgeable about every topic he talks about and truthful when he needs to do additional research – which, by the way, is very uncommon. Not only have I learned more about politics and history from a single source in my adult life, but I picked up on some great tunes and gotten to know different bands that I otherwise might have missed out on. And the humor – the complete lack of political correctness, the one liners, the shots that just stick – is not only just profane enough but it is so intelligently crafted that one would think that the host’s day job is being a writer for Hollywood. 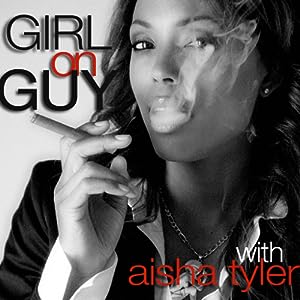 Fans of comedy and the entertainment industry will enjoy actress/comedienne Aisha Tyler’s podcast, Girl on Guy (free, avg review rating 4.5/5 stars), in which she interviews various noteworthy people, many of them comedians and actors. Tyler is currently one of the voice actors on the very popular FX adult animated series Archer. About Girl on Guy, reviewer Cameron J says:

I am relatively new to the podcast scene. Tyler’s show is great. She is a clearly college-educated comedienne shooting the s*** with fellow celebrities. Great conversational style, she guides the guest to reveal things about them like a more modern Charlie Rose, but the scene is far from stuffy or professional as conversations and topics gallop and unravel like a good second date.
It has just the right mixture of intelligent conversations and crude jokes. Tons of insight into the comedy world and plenty of views on life in general can be taken from the podcast. The best way to describe the show is if you had two people who had been friends for years but for some reason never had the time to hang up… if they are meeting at a bar and catching up: Lots of new stories (for us anyways) and deeper insight into why people are the way they are.

If you love horror movies, you will love this! This group of people are so funny and it makes you feel like you are there with them and one of their friends. I would recommend this to everyone! 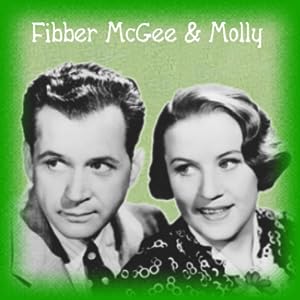 Real stories of the paranormal like UFOs, Ghosts, Cryptozoology, Psychic Phenomena, and more, as told by real people from around the world. This is paranormal radio on demand! Campfire is hosted by Jim Harold of The Paranormal Podcast. Use this app to listen to the show and access extra features. Please note, not all features are available for all episodes. Star your favorites to add them to an easy-access Favorites list.

If you’re a fan of old tyme radio shows from the days before television, or if you’d like to delight an older relative who might’ve enjoyed the show when it originally ran in the 1930’s, check out Fibber McGee & Molly – the original radio show, now in podcast form ($1.99, avg review rating 5/5 stars)! From Amazon:

Lovers of period radio will also want to give The Great Detectives of Old Time Radio a listen ($1.99, avg review rating 5/5 stars). From Amazon:

Travel back in time and listen to Old Time Radio’s greatest sleuths with this app–the way they were meant to be enjoyed. The Great Detectives of Old Time Radio features five new episodes each week, following five series from their first radio appearance to their final bow. Listen to them week-to-week like the original fans did.

Your guide on this tour is Adam Graham, a vintage radio fan who shares his everyman commentary with listeners before inviting you to enjoy the show. Adam is tireless in his efforts to find the best public domain detective radio program for your consumption. 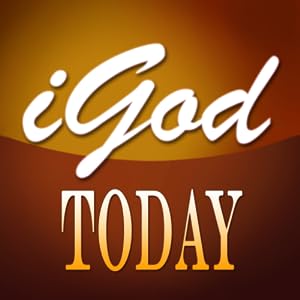 Here’s the most convenient way to access iGod Today with Father Mike Manning on Catholic Faith and Scripture on your Android device. With this app you are always connected to the latest episodes and the show. You can also star your favorite episodes and save them to a list to easily enjoy them again. Note: exclusive extras may not be available for all episodes.

Buddhist? There’s a podcast app for you, too: A Buddhist Podcast With Jason and Karen ($2.99, avg review rating 5/5 stars). From Amazon:

A Buddhist Podcast is about the Buddhism of Nichiren Daishonin, a monk who lived during the Kamakura period (1185–1333) in Japan. But it’s also about practical Buddhism for living in the 21st Century–not beside a remote lake or mountainside, but in the midst of daily life, with a job to do, a house to run, and children to raise.