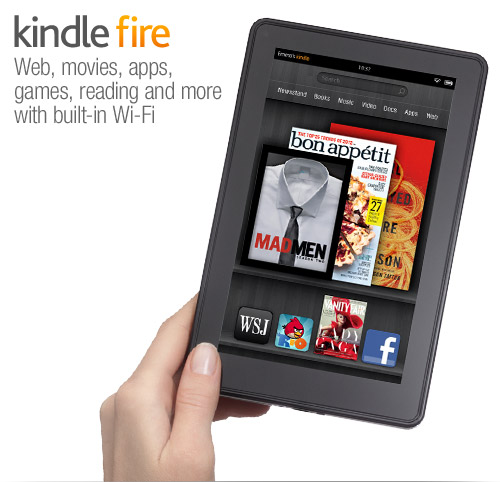 Apparently, Amazon is not taking the release of the new iPad lying down.

According to a piece on Digitimes, Amazon is investing in expanding the Fire product line and scaling back on orders for e-Ink displays. From Digitimes:

Amazon plans to launch two new tablet PCs, a 7-inch model and another 10-inch model, in the second half of 2012, a move which could cast a shadow on the future development of e-book readers, according to industry sources.

Amazon shipped 3.98 million Kindle Fire tablet PCs in the fourth quarter of 2011, taking up a 14% share of the global tablet PC market as well as the second position in the vendor rankings, according to market data.

Due to strong sales of Kindle Fire, Amazon has shifted its focus from e-book readers to tablet PCs, and so plans to launch a 10-inch model in the second half, instead of an 8.9-inch model projected previously, the sources revealed.

Read the full story on Digitimes.

Don’t worry that these moves on Amazon’s part signal abandonment of monochrome Kindles or first-generation Fires, though. Amazon may be looking to draw new Kindle fans with a tablet device to rival the latest iPad, and may be hoping to nudge some upgrades among current owners of Kindles and Fires. But despite the release of 4 new monochrome Kindle models and the Fire since the launch of the original Kindle back in 2007, Amazon has continued to manufacture, sell and support ALL of its various Kindle models. Its reduced orders for e-Ink displays is most likely in anticipation of decreased demand for e-Ink Kindles as the popularity of full-color, touchscreen tablets continues to grow.