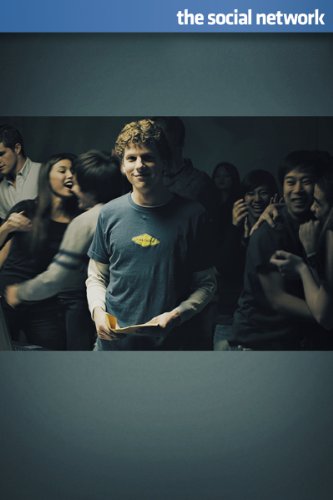 Equally at home with drama and comedy, live action and animation, farce and realism, Jessie Eisenberg may very well be the next Tom Hanks.

He first came to the attention of critics and the public in the dark comedy, Roger Dodger, in which embittered adman Roger (played by Campbell Scott) receives an unexpected visit from his awkward, virginal, teenage nephew, Nick (Eisenberg). Nick begs Roger to school him in the ways of seduction, but it’s ultimately Roger who learns a thing or two about relationships and authenticity from Nick, who eventually comes to see his uncle not as the slick ladies’ man he pretends, but a lonely man too busy keeping the women in his life at arm’s length to make a real connection with any of them. Nick’s dawning insights to his uncle and himself are peppered with comic moments, yet grounded in a realism that never strains believability.

Eisenberg’s next notable performance was in a 2006 film about the breakup of a family, The Squid and the Whale. The movie also features Laura Linney and Jeff Daniels in performances many critics have called career bests. Eisenberg is entirely believable in his role as the older brother, angry and bitter at his parents’ bohemian, laissez-faire attitude toward parenting, yet yearning for a closer connection with his father.

In his ‘thumbs up’ review, Roger Ebert said of the film, “The Squid and the Whale is essentially about how we grow up by absorbing what is useful in our parents and forgiving what is not,” and Bruce Westbrook of the Houston Chronicle commented, “Brevity is, indeed, the soul of wit, and in this case, wit barely starts to describe the value of this dead-on, full-of-life motion picture.”

In the dark drama The Education of Charlie Banks, Eisenberg stepped into the starring role of Charlie, a somewhat sheltered college student who gets a rude awakening when Mick, an old acquaintance with shady connections and violent tendencies, shows up and completely insinuates himself into Charlie’s life. From IMDB:

When Mick got into a fight that left two teens nearly dead, Charlie was a witness, and when he was approached by the police, Charlie told them what he saw, though he later refused to testify against Mick in court for fear of his own safety. Several years later, Charlie and [his best friend] Danny have left the old neighborhood behind and are students at a prestigious private university when Mick pays them an unexpected visit. Charlie has no idea if Mick knows that he informed on him to the police, and is afraid to find out, but in the meantime, Mick aggressively reintroduces himself into Charlie and Danny’s lives.

But just when critics and fans might’ve begun thinking Eisenberg was headed straight down the dramatic, leading man track, he took on the role of James Brennan in the sweet, poignant, coming of age ensemble comedy-drama Adventureland. Other noteworthy names in this little romantic comedy gem include Kristin Wiig, Bill Hader, and Ryan Reynolds in a surprisingly touching turn as the town Peter Pan, who would rather hang around and rest on the laurels of his glory days than grow up and move on. 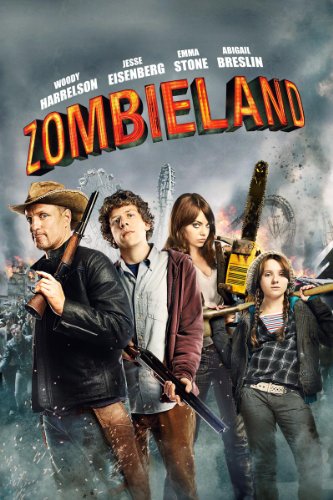 Next up for Eisenberg was a purely comic role, in the zombie-splatterfest comedy Zombieland, which also features Emma Stone and Woody Harrelson. Here, Eisenberg plays geeky weakling Columbus, who nevertheless has enough smarts to survive a zombie apocalypse that has swept the planet in a matter of weeks. Columbus eventually rises to the occasion and overcomes his fears to rescue the girl he loves—or at least, the girl whose hair he really wants to brush off her face and tuck behind her ear. This film is gory to be sure, but it’s also hilarious and strikes such a satirical tone that the onscreen violence takes on a cartoon-like aspect.

It was back to straight drama for Eisenberg in his tour-de-force portrayal of Facebook founder Mark Zuckerberg in celebrated director David Fincher‘s The Social Network. This film’s whip-smart script and subtle, affecting score both took home Academy Awards. Eisenberg never flinches from the more despicable aspects of the character, yet ultimately invests the role with a flawed humanity that garners a surprising level of sympathy from the viewer. The tagline for this film is, “You don’t get to 500 million friends without making a few enemies,” and that’s certainly true of the prickly, arrogant Zuckerberg as he’s portrayed by Eisenberg. Yet in the end, one is struck by the profound irony that the brilliant young man who became a millionaire by helping others connect and form new relationships is himself a very isolated and lonely person. As the Beatles’ Baby You’re A Rich Man plays over the end scene of the film, it sounds not like the playful, upbeat tune the Beatles intended, but a heartbreaking reproach.

Eisenberg again took a detour from drama to voice the fussbudget Hyacinth Macaw, Blue, in the animated musical Rio, and then returned to over-the-top dark comedy in the farcical 30 Minutes or Less.

Who knows what comic and dramatic gems Eisenberg will bring us in the six films he’s in already slated for release in 2012 and 2013? One thing’s for certain: this young, gifted actor is one to watch.