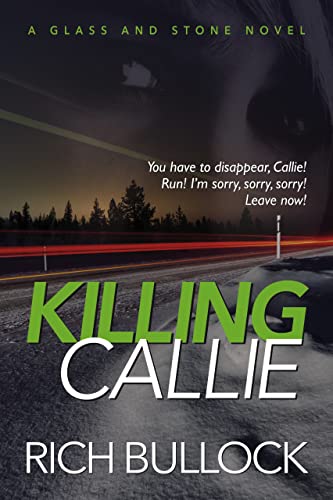 – Learn More
Text-to-Speech and Lending: Enabled
Enjoy Rich Bullock Books? Tell us why and WIN a chance for a FREE ebook!
Here’s the set-up:

If your missing roommate told you to leave everything and run, would you?

When twenty-nine-year-old Callie Smith receives a desperate appeal from her roommate to disappear, she has minutes to decide if she should do it. It’s some kind of joke, right? Then a horrifying photo of her friend arrives, making the decision for her.

She crams as much as possible into her old suitcase, then leaves her Boston home, biotech job, and life behind. Following her roommate’s rules for disappearing—which Callie thought were only for fun—she turns off her phone and empties her bank account. But who can she trust to help escape the deadly men chasing her?

An attack on the job lands personal security specialist Kris Stone in the ER with a nasty concussion. She needs a new career before this one kills her. But when an injured woman—Callie—becomes her hospital roommate and begs for help to disappear, Kris has to step up one last time.

Within hours of hitting the road, it’s clear they’re being pursued, and Kris enlists help from her boyfriend, former-Marine Rowdy Haines. Because if Kris fails, the hunters are going to be Killing Callie.