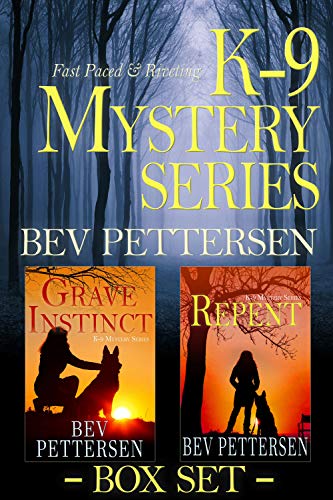 Belated justice can be most satisfying.
For almost ten years, Nikki Drake struggled to deal with her sister’s mysterious disappearance. When another teen vanishes from the same riding stable, the details are too eerily similar to ignore, and she vows to uncover the truth.
No longer a child but a newly minted private investigator, she now has additional weapons in her arsenal, including a re-homed police dog and an enigmatic detective with ties to the horse stable. However, digging into her sister’s case erodes old trusts and brings dark secrets bubbling to the surface.
And this time they could be fatal…for her.

REPENT (Book 2)
Sometimes the isolated countryside isn’t as peaceful as it first appears…
Local police aren’t very concerned when fourteen-year-old Billy Tanner doesn’t show up for his community service at their stable. Tossing a firebomb at a police horse isn’t something they can easily forgive.
Yet when the boy’s frantic grandmother begs PI Nikki Drake to hunt for her missing grandson, it’s a call for help Nikki can’t ignore. Her search takes her to the backwoods of California where a serial killer is pursuing his own brand of vigilante justice.

But time is not on her side…or Billy’s.