Dragonfly: Book One of the Dragonfly Series 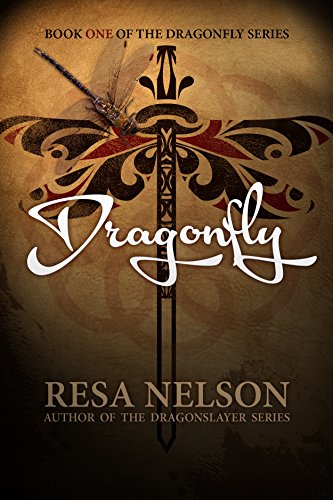 4.3 stars – 126 reviews
Kindle Price: FREE!
Everyday Price:
Lending: Enabled
Enjoy Resa Nelson Books? Tell us why and WIN a chance for a FREE ebook!
Here’s the set-up:
How do you live in a peaceful nation when the blood running through your veins comes from a violent land?

Trusting and naïve, Greeta knows she’s different. All she has to do is look at herself. She’s tall and pale, but lives among people who are small and dark. Although she remembers nothing of her origin, Greeta knows she possesses the blood of Northlanders, fierce and mysterious warriors decimated years ago by gods.

Betrayed and devastated by those she loves, Greeta abandons the peaceful village that once welcomed her. After enduring travels that leave her lost and alone, Greeta meets Finehurst, the man who could be her true love – until she learns his dark and disturbing secrets.

Secrets that give him the power to place the entire world under his spell.

Can Greeta warn the village she fled before a new danger destroys them all?

“I love a character-driven novel such as Dragonfly. To me, the story is everything and this one is rich with excitement. Well worth the read.”

“This solid page turner will leave you aching for more.”

“I whipped through this story and am hungry for more. I recommend this story to any fantasy or dragon fans out there. It is a fun read that also has deep roots.”

Dragonfly is the first in the 4-book Dragonfly series (Series #2 in the Dragonslayer World) of page-turning epic fantasy novels about women who become heroes.