From Vox: Lovecraftian horror — and the racism at its core — explained… Support our news coverage by subscribing to our Kindle Nation Daily Digest. Joining is free! 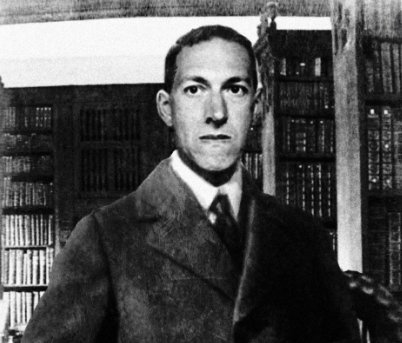 His work saturates modern horror and literary fiction. He has directly influenced countless writers of modern horror, from Stephen King to Junji Ito to Guillermo del Toro. His monsters — and the men who encounter their cosmic evil — have left imprints everywhere from Alien designer H.R. Giger to the otherworldly tentacle monsters of Stranger Things to True Detective’s Rust Cohle. There’s a prehistoric sea cucumber named after his most famous creation, Cthulhu.

Yet H.P. Lovecraft and his works of literary horror are long overdue for a cultural reckoning — because Lovecraft may have been one of the 20th century’s most influential writers, but he was also one of its most gallingly racist.

Lovecraft leaves no room for a debate about separating the artist from their art. He injected many of his most famous and beloved stories with overt racist metaphors and frequent blunt literal racism. For the past decade or so, as the extent of his racism has become more widely known and acknowledged, horror and fantasy writers whose landscapes are saturated with Lovecraft’s influence have been trying to figure out what to do about him. Matt Ruff’s 2016 novel Lovecraft Country was one of the first attempts at an answer. By centering Black characters who were often the metaphorical villains of Lovecraft’s stories, the book allows for a new layer of meaning to map onto Lovecraft’s old fears.

With HBO’s adaptation of Lovecraft Country into a 10-episode drama, that broader, overdue cultural reckoning may have finally arrived. The series, helmed by Misha Green and produced by Jordan Peele, places Black protagonists and horror nerds at the center of a proper Lovecraftian mystery. The story teems with all the typical Lovecraftian tropes: creepy New England villages, dark mansions with esoteric secrets, and tentacle monsters shipped direct from the cosmic void; but it’s also full of very realistic horror, in the form of the racist police violence and white supremacy our heroes must confront at every turn.