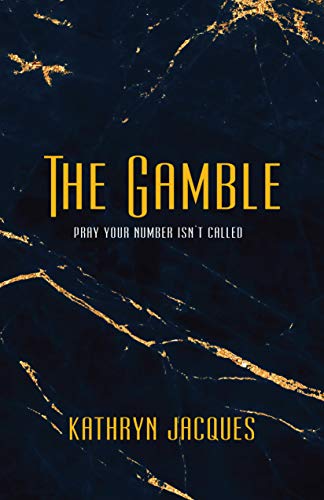 It’s 2135, and no human alive has seen the sun, or the stars, or even the sky. In the radioactive aftermath of WWIII, eighteen-year-old Kelsey Keslin is one of only 50,000 people left on the planet. Sealed inside the Republic of the Continuation, a subterranean city housing the last of humanity, the laws are strict, punishments brutal, and space and resources severely limited. The best form of population control has become the Gamble, a lottery based system which sentences thousands to death each year.

Kelsey lives a privileged life. Of anyone, she has the least to worry about with the Gamble, but that doesn’t stop her fear and anxiety as her first official day of potential selection draws closer. When someone she loves is chosen for execution, a part of her dies too. No longer willing to struggle alone, buried alive in a world made of nothing but grey concrete and cold metal, Kelsey collapses into a self-destructive depression. But then she meets the stunning, yet abrasively arrogant Jaxon Cole. Despite his aloof exterior, there’s a connection between them that Kelsey can’t quite explain. He sets out to prove the world holds more secrets than Kelsey ever realized, and some she never wanted to know.

Accused of being a spy, kidnapped and tortured by a radical fringe group, and faced with death more than once, the biggest problems Kelsey battles, are the lies and betrayals of those she loves most.