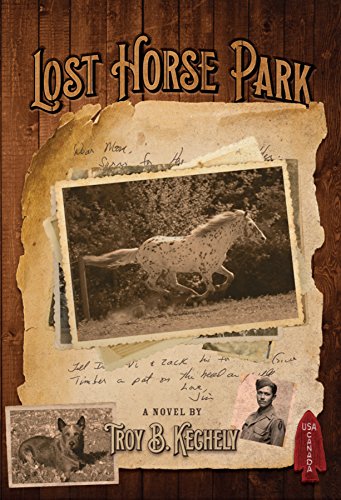 After causing trouble in his Montana hometown one time too many, teenager Jim Redmond has run out of options…. Lost Horse Park by Troy B. Kechely" title="

After causing trouble in his Montana hometown one time too many, teenager Jim Redmond has run out of options…. Lost Horse Park by Troy B. Kechely

After causing trouble in his Montana hometown one time too many, teenager Jim Redmond has run out of options. The only person willing to give him a chance is World War II veteran Tom McKee.

A lone wolf, Tom is still haunted by his experiences as a member of an elite special service force and seeks comfort among his horses and rough mountain trails. As Jim and Tom try their best to work together, the unforgiving mountains of Montana soon prove to be the least of their worries. These two fiercely independent men must learn what it means to rely on another human.

Troy B. Kechely paints breathtaking portraits of horse life, the Montana backcountry, and American experiences during times of war. This novel fearlessly explores some of the most riveting moments in US history from World War II to the Vietnam War.

A true force in Western narratives, Troy B. Kechely offers a heartrending look at what it means to learn the true value of friendship—even if it takes a lifetime.