Before it Began (Neuphobes Book I) 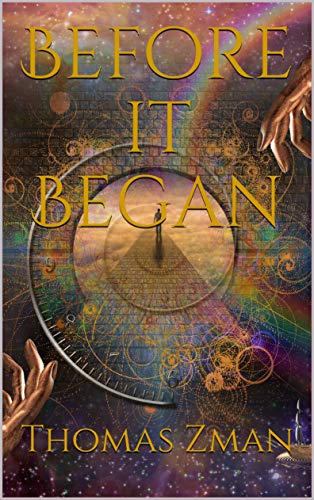 – Learn More
Text-to-Speech and Lending: Enabled
Enjoy Thomas Zman Books? Tell us why and WIN a chance for a FREE ebook!
Here’s the set-up:
Near some thirty five thousand years ago a colony of aliens descended upon the Earth, striking an engagement with Paleolithic mankind. There, history then unfolds through the eyes of Omegan, a spirited Phoebian (a watcher) who attempts to guide the “science-blinded” Technocracy of his own people from spiritual doom. Morphing from one epoch to the next, Omegan lives through a succession of hosts, experiencing life through others as ancient myths, biblical accounts, and much of pre-dynastic history is corrupted by the presence of these extraterrestrials and their manufactured servants, the Nephilim. By their scientific studies and interactions upon our planet, the Phoebians manage to skew the historical timeline, creating archaeological anomalies that to this day divide paleontologists and historians alike as to the actual course of Earth’s history. This novel’s vivid rendering of our planet’s far distant past not only supports the claims of numerous conspiracy theorists, but will also undoubtedly illuminate an epiphany within the imagination of any diehard skeptic.

“This was one of the wildest books I have ever read. This story plucked the strings of my imagination and threw me into the wilderness of ‘what may have been.’ I loved the amalgamation of science fiction and theology and since I too believe in the concept of alien influence in the ancient man, this book made one heck of a ride. Well recommended for readers who are open minded and who love science fiction encased in a realm of possibilities” Shalini, blogger and a book reviewer