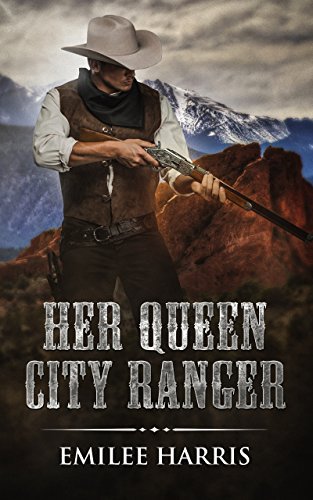 Circumstance has placed them at odds, can love lead them to common ground?

A woman on the run…

When Sofie Augustine is kidnapped from her father’s estate in Prussia, she finds herself halfway across the world in the United States. Though she manages to escape her captors, she’s not out of danger. They’ve turned the tables and her only chance is to reach her father’s solicitor in Denver for protection.

She soon realizes, however, that she won’t make it alone. Stranded on the Eastern Colorado plains, the only person she can turn to is a man who believes the worst of her.

A man determined to do what’s right…

Cleighton Palmer has spent his life trying to prove his worth in a world where good breeding is everything. As a Colorado Ranger, he’s taken an oath to uphold the law in his wild western state. When news of a murderer on the run comes over the wire, he’s not about to let that threat make it to his town.

But Sofie isn’t what he expected, and when she’s put in danger, he has to decide who’s side he’s on.

Sofie and Cleigh battle the elements, hired guns, and growing attraction as they make their way to Denver and put together a plan to clear her name.

“Her Queen City Ranger” is a work of historical western romance fiction. It is a standalone romance set in Victorian era Colorado. A guaranteed HEA with no cliffhangers.