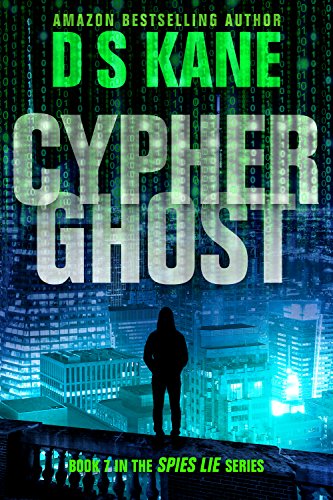 She is a CypherGhost: An untraceable hacker, someone who can be anywhere and do anything using a computer. Can an aircraft be hacked? Can a human being be hacked? Don’t be so sure…

When Ann Silbey Sashakovich enters Stanford University to study computer forensics, she gets far more than she expected. During the Thanksgiving holiday of her freshman year, she finds that the aircraft she is a passenger on has been hacked. Its engines have stopped and everyone aboard is screaming.

When Charlette De Spain’s boyfriend is falsely accused of stealing secrets from the FBI and dies in prison under mysterious circumstance, it changes her life. Once an Art History major, now a budding computer hacker, she gathers the proof that he was innocent. When no one pays attention, she decides to become jury and executioner of all those responsible.

But the aircraft carrying one of her primary targets also carries Ann.

In an America whose government is silently at war with its hackers, who prevails and who fails isn’t limited to the two young battling women, but might also involve the fate of the entire nation.

Enjoy DS Kane’s Books? Tell us Why and Win a Free Book!