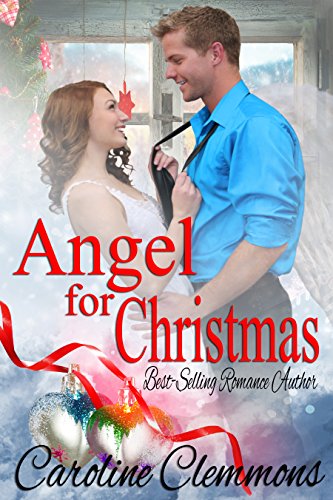 – Learn More
Text-to-Speech and Lending: Enabled
Don’t have a Kindle? Get yours here.
Here’s the set-up:
When a dot com billionaire crashes his sports car into a tree, he wakes up in Heaven facing angels Gabriel and Michael. He’s given a chance to redeem his carefree ways by helping an orphanage avoid foreclosure and regain a sound financial picture by midnight on Christmas Eve—or else. To do so, he is sent back to Earth as orphanage janitor, Jacob Porter.
After her father died four months ago, child psychologist Suzi Stephens was shocked to learn Serenity Springs Children’s Home and Elementary School faced foreclosure unless she met a balloon note due January 1. She can’t understand why her late father broke the trust her grandfather had carefully constructed to protect the home. She is afraid the annual gala won’t raise enough money to pay the note much less a year’s operating funds. Trying to do her job plus step into her late father’s shoes has stretched her to her limits.
She’s suspicious of the handsome new janitor, who appears more like he’d be at home as a CEO. Could he be a spy for the developer who covets the children’s home property? Suzi overcomes her distrust enough to allow Jacob’s help raising funds. Working together, their attraction escalates but Jacob has nothing to offer the beautiful redhead. He is scheduled for earthly removal at midnight on December 24.
“Oh my…this one had me crying at the end. I think this was one of my favorite books this Christmas season. All the characters were wonderful, ones you would love to have as friends. Well worth buying and spending time with. Clean and Sweet.”
Enjoy Caroline Clemmons’ Books? Tell us Why and Win a Free Book!
Authors and Publishers: How to Sponsor Kindle Nation Daily