In the Depths of Darkness 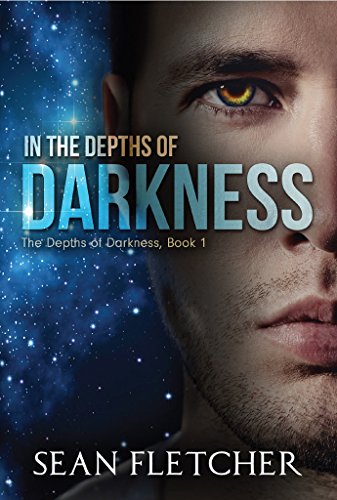 An epic Sci-Fi Adventure, perfect for fans of Firefly and Ender’s Game!

The galaxy’s deadliest soldiers are now its most wanted criminals…

The year is 2119. Earth is a crowded, ugly shell of its former self, surrounded by numerous alien races and protected by the oppressive Earth Alliance.

When Alyx Starburn is arrested for stealing food, he’s given a choice: join a new branch of the Earth Alliance, created to rehab convicts like him into the service, or rot in a quarry on a backwater planet a thousand light-years away. It isn’t a hard decision, and he quickly finds himself in basic training with three other outcasts, each with secrets that put his life in danger.

But Alyx discovers they’ve been chosen as the unsuspecting test subjects of an advanced neural Chip; a Chip capable of turning them into elite soldiers. If they survive the implantation process. Those who do will spearhead the EA’s conquest for galactic domination. Alyx and his team have barely come out of the procedure before they’re blamed for murders they didn’t commit and find themselves on the run, searching for somewhere–anywhere–safe.

Pursued by armies, bounty hunters, and a relentless squad of mysterious soldiers, the group must figure out who they can trust and who they can’t, as they come to realize their own kind may be the most dangerous enemy of all.

Run to survive. Survive to fight. Fight to live.

Enjoy Sean Fletcher’s Books? Tell us Why and Win a Free Book!
Authors and Publishers: How to Sponsor Kindle Nation Daily