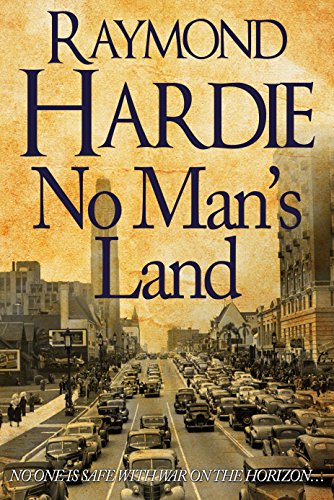 News has just broken that Adolf Hitler has been appointed Chancellor of Germany.

Lawyer, and veteran of the Great War, Frank Kelly is called out to engage in the murder case of a beautiful young German actress, Hannah Brenner.

Kelly is drawn into the nebulous world of an emerging power struggle, not only in Europe, but also closer to home, where Roosevelt has recently become President amid turmoil and backlash from war veterans and Wall Street bankers alike.

Another Great War veteran, the disillusioned Sergeant Thomas Schmidt, who fought alongside Kelly in 1918, is given a secret commission to act as bodyguard to a Colonel Whelan, and accompany him to Berlin.

The envoy to Berlin is to study Hitler’s approach and to see what can be learned from the Nazis, since Whelan is representing a group of wealthy and powerful men conspiring against the current US administration.

Schmidt takes up the commission and is soon drawn into the world of the Nazi Brownshirts and all their thuggery.

Meanwhile Kelly also heads to Berlin on behalf of the International Labor Defense organisation for the Comintern’s International Red Aid network, to get lists of those who’ve been arrested and charged for the recent burning down of the Reichstag building.

The Gestapo is beginning to grow in power and the lives of all communists, Jews and union leaders are under threat of arrest, imprisonment and worse, as rumours break of Nazi concentration camps being built.

Berlin is a hive of dangerous activity, with the Brownshirts targeting Jewish shops and theatres showing Jewish plays, and Goebbels’ propaganda machine is working in a frenzy of anti-Semitic and pro-Nazi fervour.

Kelly learns that the actress murdered in L.A. had links to a prominent Nazi leader.

While allied to a secret agent from Denmark, Kelly finds his life is also in danger and, shaken, he returns to the US with an important list of names seeking defence.

Back in Washington D.C., it appears the sinister assassin of Hannah Brenner is at large once again and there is a second strike.

Is it a coincidence that this comes just before the President is due to address a large Veterans’ rally at Fort Hunt, Virginia?

As factions are stirring amongst both the communists, and right-wing followers of extremist William Pelley – the Silver Shirts, an assassination attempt on Roosevelt could occur at any moment.

Suddenly Kelly and Schmidt’s paths converge for a final time, as the race is on to prevent a deadly coup which could alter the course of US history…

Set against the backdrop of the turbulent 1930s, showing men and women still nursing deep wounds from the First World War, Hardie’s tense thriller skilfully unravels many of the political layers stirring at the time in the USA and Europe, under the shadow yet again of a dark menace to world peace.

No Man’s Land takes the reader on a remarkable journey through the interwar decades of the twentieth century – Professor Michael A. Bernstein, Tulane University

Raymond Hardie is a writer and editor. After almost 20 years as a magazine editor, four novels, more than a dozen screenplay, plays and videos and innumerable articles he says he’s come to appreciate that writing is rewriting.

Endeavour Press is the UK’s leading independent digital publisher. For more information on our titles please sign up to our newsletter at www.endeavourpress.com. Each week you will receive updates on free and discounted ebooks. Follow us on Twitter: @EndeavourPress and on Facebook via http://on.fb.me/1HweQV7. We are always interested in hearing from our readers. Endeavour Press believes that the future is now.