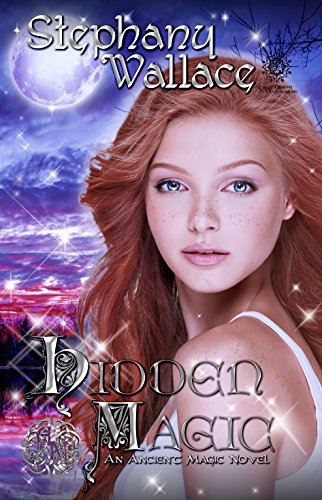 How would you feel if you discovered magic was real, and the kind of powers that until now you’ve only read about are actually part of this world?

Cynwrig “Cyn” Bressall is a Celtic warrior with the unique ability to harness and wield Druid magic in a way never before seen. Making him the only Druid Warrior to ever exist. After surviving a horrible night that began the extinction of his race, Cyn has spent the last two thousand years searching for the only man that can lead the Order of the Druids and mend the scars marring his soul. Instead, his quest leads him to a woman whose essence is unlike anything he’s ever felt.

Orphaned as a baby and raised by her loving but over protective grandfather, twenty-three year old Briana “Bri” Anwell has led an isolated life. Friendless and stuck in a job with no prospect, the self proclaimed flower child finds solace in her only friends. Books. And imagines an adventurous life in a magical world where anything is possible.

So when a sexy stranger suddenly appears in her world as though he stepped out of her favorite story, she dismisses him as a figment of her imagination. But soon she realizes he’s so much more than he seems.

He signifies everything she’s fantasized about, but is there a place for her in his extraordinary world?

“Hidden Magic is a new adult paranormal romance novel with a super sexy druid book boyfriend and a beautiful and loveable, Fangirl, heroine with untapped potential!  If you love girls with spirit, spunk, sass […] you will love Briana Anwell, our fearless Ginger.”