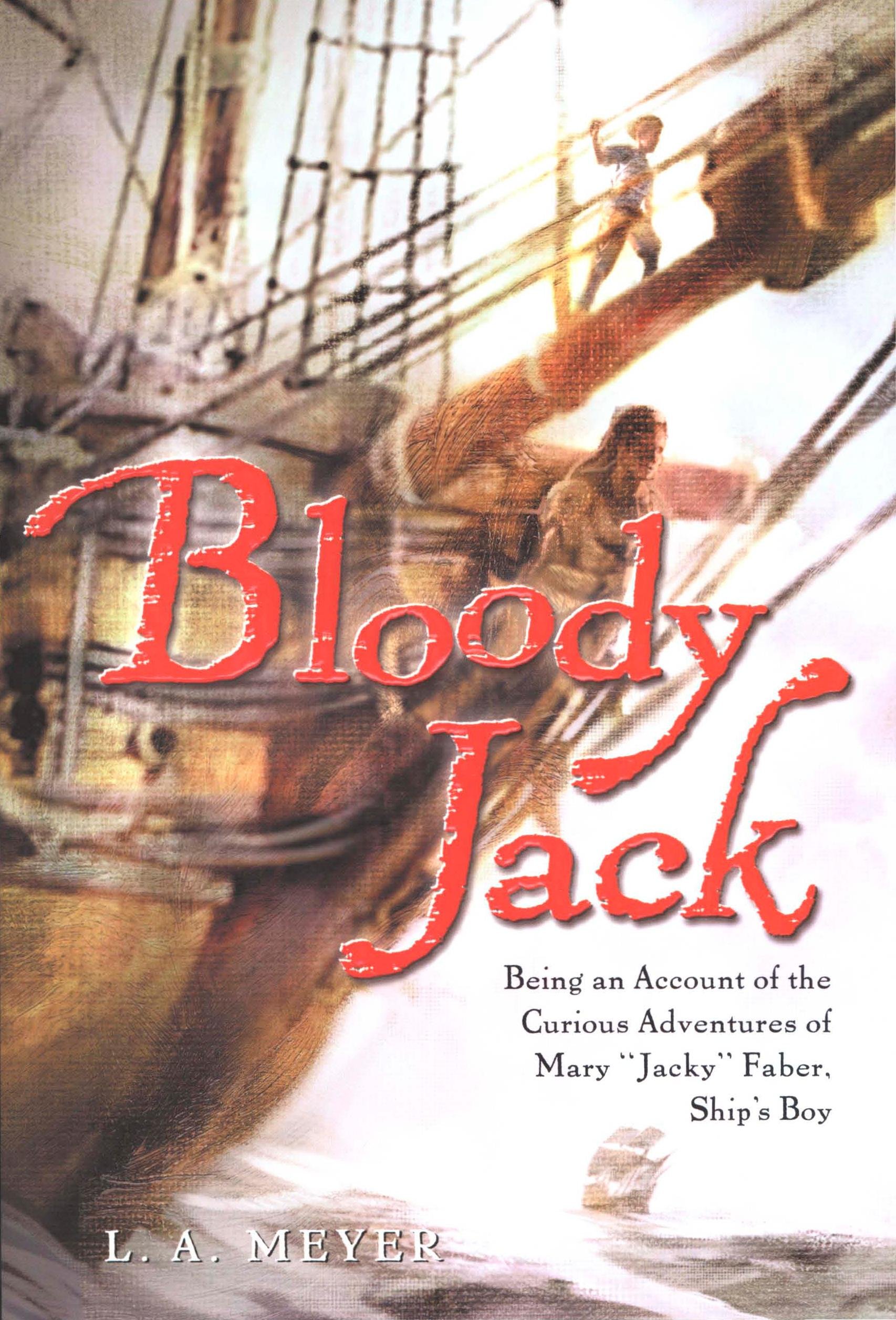 ” “I prays for deliverance,” confides Mary Faber, orphaned at eight years old by a pestilence that relegates her to a life of begging and petty crime on the streets of London. After her gang’s leader is killed, she dons his clothing, trading in the name Mary for Jack, and takes to the high seas aboard the HMS Dolphin. Meyer evokes life in the 18th-century Royal Navy with Dickensian flair. He seamlessly weaves into Jacky’s first-person account a wealth of historical and nautical detail at a time when pirates terrorized the oceans.”

Life as a ship’s boy aboard HMS Dolphin is a dream come true for Jacky Faber. Gone are the days of scavenging for food and fighting for survival on the streets of eighteenth-century London. Instead, Jacky is becoming a skilled and respected sailor as the crew pursues pirates on the high seas.

There’s only one problem: Jacky is a girl. And she will have to use every bit of her spirit, wit, and courage to keep the crew from discovering her secret. This could be the adventure of her life–if only she doesn’t get caught. . . . 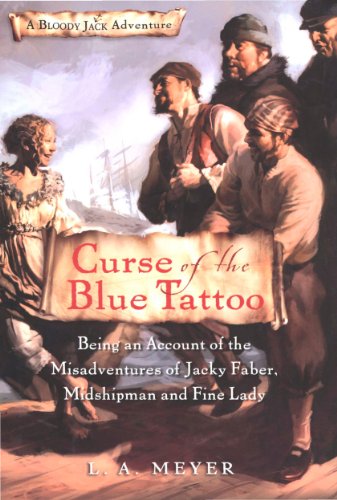 Curse of the Blue Tattoo: Being an Account of the Misadventures of Jacky Faber, Midshipman and Fine Lady – Bloody Jack Adventures Book 2 (4.5/5 stars, currently priced at $8.99)

After being forced to leave HMS Dolphin and Jaimy, her true love, Jacky Faber is making a new start at the elite Lawson Peabody School for Young Girls in Boston. But growing up on the streets of London and fighting pirates never prepared Jacky for her toughest battle yet: learning how to be a fine lady.

Everything she does is wrong. Her embroidery is deplorable, her French is atrocious, and her table manners–disgusting! Then there’s the small matter of her blue anchor tattoo. . . .

Despite her best efforts, Jacky can’t seem to stay out of trouble long enough to dedicate herself to being ladylike. But what fun would that be, anyway? 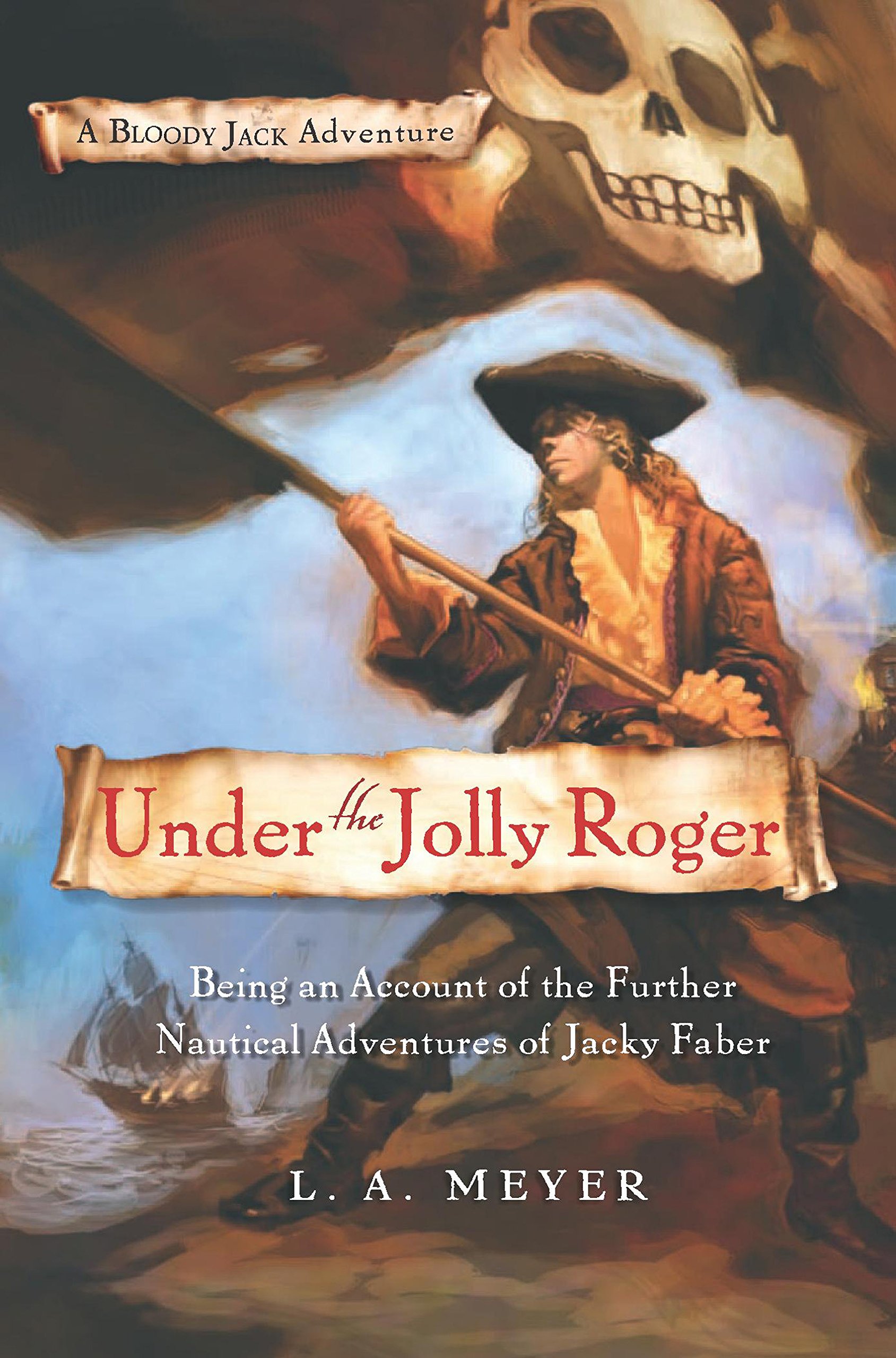 Under the Jolly Roger: Being an Account of the Further Nautical Adventures of Jacky Faber – Bloody Jack Adventures Book 3 (5/5 stars, currently priced at $8.99)

After leaving the Lawson Peabody School for Young Girls in Boston–under dire circumstances, of course–Jacky Faber boards a whaling ship bound for London, where she hopes to find her beloved Jaimy.

But things don’t go as planned, and soon Jacky is off on a wild misadventure at sea.

She thwarts the lecherous advances of a crazy captain, rallies sailors to her side, and ultimately gains command of a ship in His Majesty’s Royal Navy. But Jacky’s adventures don’t end there. . . .

Includes a teaser to Jacky’s next adventure, In the Belly of the Bloodhound. 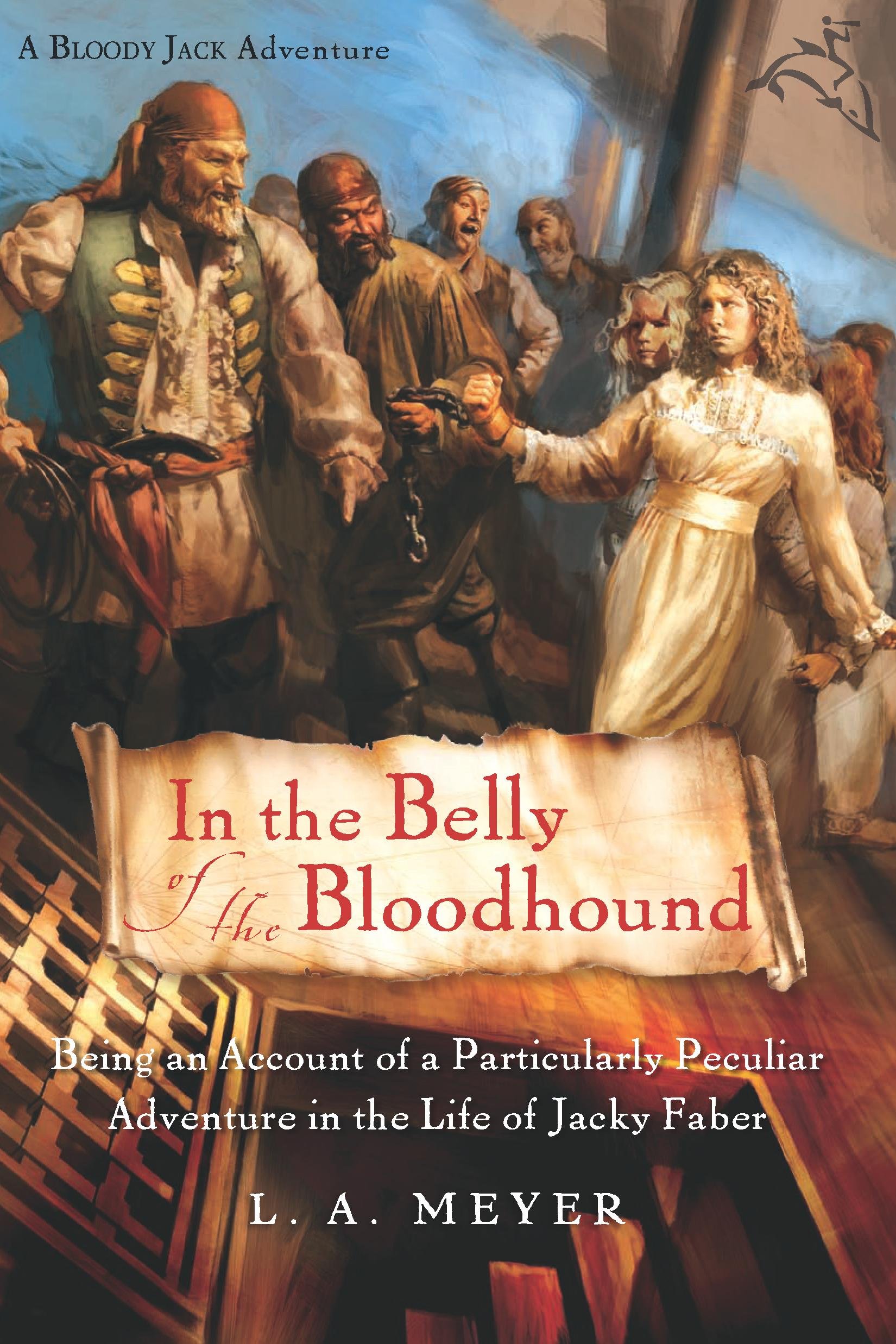 In the Belly of the Bloodhound: Being an Account of a Particularly Peculiar Adventure in the Life of Jacky Faber – Bloody Jack Adventures Book 4 (4.5/5 stars, currently priced at $8.99)

The British crown has placed a price on Jacky’s head, so she returns to the Lawson Peabody School for Young Girls in Boston to lay low. But the safe haven doesn’t last–a school outing goes awry as Jacky and her classmates are abducted and forced into the hold of the Bloodhound, a ship bound for the slave markets on the Barbary Coast. All of Jacky’s ingenuity, determination, and plain old good luck will be put to the test as she rallies her delicate classmates to fight together and become their own rescuers.