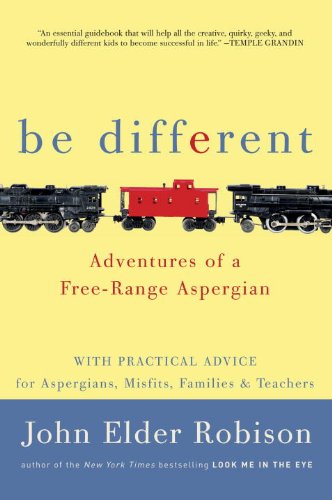 These books offer insights to inspire and help those who are living with Asperger’s or living with affected family members or friends.

Be Different: Adventures of a Free-Range Aspergian with Practical Advice for Aspergians, Misfits, Families & Teachers (4.5/5 stars, currently priced at $11.99)

“I believe those of us with Asperger’s are here for a reason, and we have much to offer. This book will help you bring out those gifts.”

In his bestselling memoir, Look Me in the Eye, John Elder Robison described growing up with Asperger’s syndrome at a time when the diagnosis didn’t exist. He was intelligent but socially isolated; his talents won him jobs with toy makers and rock bands but did little to endear him to authority figures and classmates, who were put off by his inclination to blurt out non sequiturs and avoid eye contact.

By the time he was diagnosed at age forty, John had already developed a myriad of coping strategies that helped him achieve a seemingly normal, even highly successful, life. In Be Different, Robison shares a new batch of endearing stories
about his childhood, adolescence, and young adult years, giving the reader a rare window into the Aspergian mind.

In each story, he offers practical advice—for Aspergians and indeed for anyone who feels “different”—on how to improve the weak communication and social skills that keep so many people from taking full advantage of their often remarkable gifts. With his trademark honesty and unapologetic eccentricity, Robison addresses questions like:

• How to read others and follow their behaviors when in uncertain social situations
• Why manners matter
• How to harness your powers of concentration to master difficult skills
• How to deal with bullies
• When to make an effort to fit in, and when to embrace eccentricity
• How to identify special gifts and use them to your advantage

Every person, Aspergian or not, has something unique to offer the world, and every person has the capacity to create strong, loving bonds with their friends and family. Be Different will help readers and those they love find their path to success. 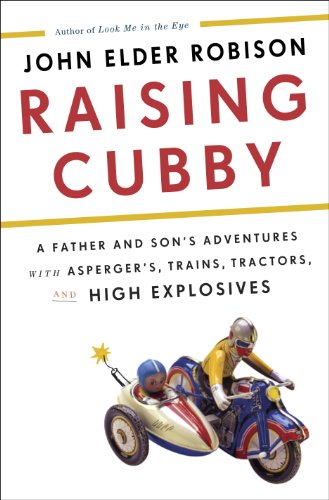 The slyly funny, sweetly moving memoir of an unconventional dad’s relationship with his equally offbeat son—complete with fast cars, tall tales, homemade explosives, and a whole lot of fun and trouble

John Robison was not your typical dad. Diagnosed with Asperger’s syndrome at the age of forty, he approached fatherhood as a series of logic puzzles and practical jokes. Instead of a speech about the birds and the bees, he told his son, Cubby, that he’d bought him at the Kid Store—and that the salesman had cheated him by promising Cubby would “do all chores.” While other parents played catch with their kids, John taught Cubby to drive the family’s antique Rolls-Royce. Still, Cubby seemed to be turning out pretty well, at least until school authorities decided that he was dumb and stubborn—the very same thing John had been told as a child. Did Cubby have Asperger’s too? The answer was unclear.

One thing was clear, though: By the time he turned seventeen, Cubby had become a brilliant and curious chemist—smart enough to make military-grade explosives and bring federal agents calling. With Cubby facing a felony trial—and up to sixty years in prison—both father and son were forced to take stock of their lives, finally accepting that being “on the spectrum” is both a challenge and a unique gift. 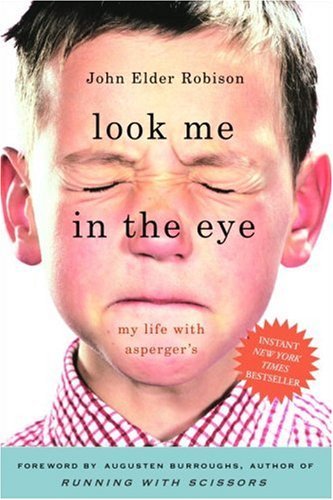 Ever since he was young, John Robison longed to connect with other people, but by the time he was a teenager, his odd habits—an inclination to blurt out non sequiturs, avoid eye contact, dismantle radios, and dig five-foot holes (and stick his younger brother, Augusten Burroughs, in them)—had earned him the label “social deviant.” It was not until he was forty that he was diagnosed with a form of autism called Asperger’s syndrome. That understanding transformed the way he saw himself—and the world. A born storyteller, Robison has written a moving, darkly funny memoir about a life that has taken him from developing exploding guitars for KISS to building a family of his own. It’s a strange, sly, indelible account—sometimes alien yet always deeply human.

“As sweet and funny and sad and true and heartfelt a memoir as one could find.”
—from the foreword by Augusten Burroughs