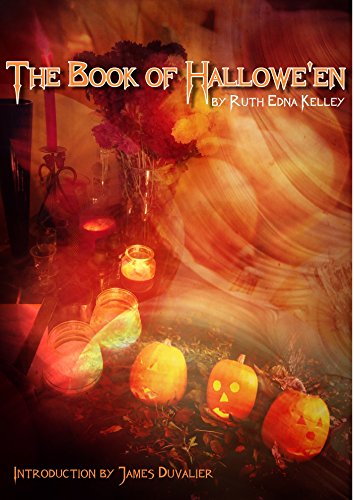 Have you ever wondered about the history behind Halloween traditions, characters and stories? These books aim to separate fact from fiction.

The Book of Hallowe’en (4/5 stars, currently priced at 99 cents)

The Book of Hallowe’en by Ruth Edna Kelley is a classic. Originally published in 1919, it was the first attempt at creating a compilation of Halloween history and folklore.

Ruth Edna Kelley was a librarian from Massachusetts whose body of work is not entirely vast, but whose contribution to the study of Halloween and the folklore and history associated therewith is beyond measure. With this book, the author takes us on a journey across the millennia and two continents exploring the roots and traditions of this most fascinating holiday. 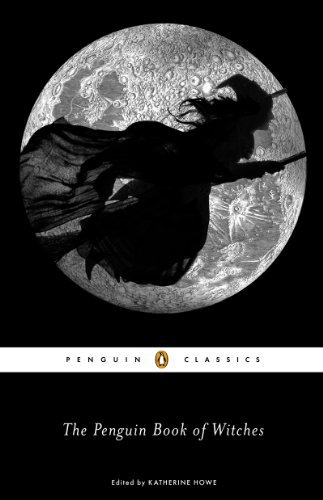 Chilling real-life accounts of witches, from medieval Europe through colonial America, compiled by the New York Times bestselling author of The Physick Book of Deliverance Dane and Conversion

From a manual for witch hunters written by King James himself in 1597, to court documents from the Salem witch trials of 1692, to newspaper coverage of a woman stoned to death on the streets of Philadelphia while the Continental Congress met, The Penguin Book of Witches is a treasury of historical accounts of accused witches that sheds light on the reality behind the legends. Bringing to life stories like that of Eunice Cole, tried for attacking a teenage girl with a rock and buried with a stake through her heart; Jane Jacobs, a Bostonian so often accused of witchcraft that she took her tormentors to court on charges of slander; and Increase Mather, an exorcism-performing minister famed for his knowledge of witches, this volume provides a unique tour through the darkest history of English and North American witchcraft.

For more than sixty-five years, Penguin has been the leading publisher of classic literature in the English-speaking world. With more than 1,500 titles, Penguin Classics represents a global bookshelf of the best works throughout history and across genres and disciplines. Readers trust the series to provide authoritative texts enhanced by introductions and notes by distinguished scholars and contemporary authors, as well as up-to-date translations by award-winning translators. 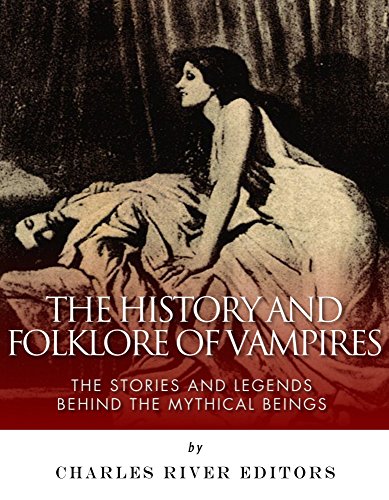 The History and Folklore of Vampires: The Stories and Legends Behind the Mythical Beings (4/5 stars, currently priced at $2.99)

People have always been afraid of the dead. Since the dawn of humanity, people have both cared for those who have deceased yet also tried to keep them away. There are a myriad of legends and beliefs about the dead coming back, and one of the more persistent ones is of the vampire.

Everyone has heard of vampires, but few people are truly familiar with the history and folklore that have made the mythical beings so popular. Indeed, there are so many legends from so many cultures that it is difficult to come up with a hard definition, and folklore is by its very nature unscientific, but most people in the Western world think of vampires as those who come back from the grave to suck the blood or life essence from the living.

This common understanding of vampires actually obscures many European and most non-European traditions of bloodsucking monsters. For example, in China, Japan, and the Middle East, there are spirits that will drain the life force of an unwary person, but these magical beings were never mortal humans. In African and Native American traditions, there are monsters that do the same, but while they are supposed to be of this Earth, they too are not human beings.

Furthermore, folklore changes over time, so the vampires people are familiar with today (and the ones some people claim to actually meet) bear little resemblance to the vampires of early modern Europe. Stories change, fiction turns to fact and vice versa, and beliefs are constantly reinvented. Ideas are adopted, adapted, and presented as true. All the while, the legend of the vampire remains.

The History and Folklore of Vampires chronicles how vampires became so popular. Along with pictures and a bibliography, you will learn about vampires like never before, in no time at all.

Includes pictures, historical accounts describing vampires, discussion of the legends of vampires across various cultures and the evolution of the folklore, a bibliography for further reading, table of contents. 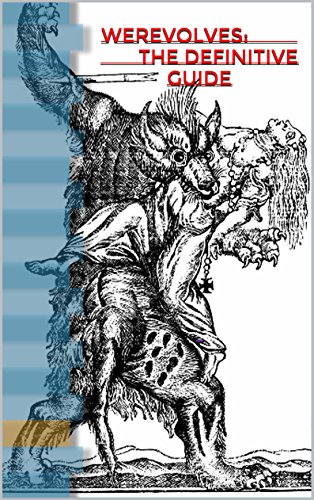 If you are looking for a definitive guide to werewolves, this is it. This is the product of years of research, with two of the best known werewolf authors of history contributing to this compilation. Two books in one: “Book of Werewolves” and “Werewolves.” Learn all about werewolf mythology, the history of werewolves, and the lore behind becoming a werewolf.

– Discover the origin of werewolves in Germany, Scandinavia, Scotland, Britain, Finland, and more

– Learn the mythology behind werewolves 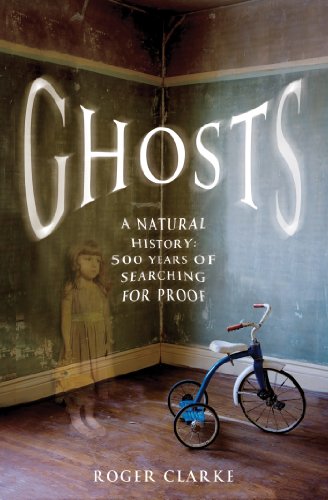 “Roger Clarke tells this [the story that inspired Henry James’ The Turn of the Screw] and many other gloriously weird stories with real verve, and also a kind of narrative authority that tends to constrain the skeptical voice within… [an] erudite and richly entertaining book.” —New York Times Book Review
“Is there anybody out there?” No matter how rationally we order our lives, few of us are completely immune to the suggestion of the uncanny and the fear of the dark. What explains sightings of ghosts? Why do they fascinate us? What exactly do those who have been haunted see? What did they believe? And what proof is there?

Taking us through the key hauntings that have obsessed the world, from the true events that inspired Henry James’s classic The Turn of the Screw right up to the present day, Roger Clarke unfolds a story of class conflict, charlatans, and true believers. The cast list includes royalty and prime ministers, Samuel Johnson, John Wesley, Harry Houdini, and Adolf Hitler. The chapters cover everything from religious beliefs to modern developments in neuroscience, the medicine of ghosts, and the technology of ghosthunting. There are haunted WWI submarines, houses so blighted by phantoms they are demolished, a seventeenth-century Ghost Hunter General, and the emergence of the Victorian flash mob, where hundreds would stand outside rumored sites all night waiting to catch sight of a dead face at a window.

Written as grippingly as the best ghost fiction, A Natural History of Ghosts takes us on an unforgettable hunt through the most haunted places of the last five hundred years and our longing to believe. 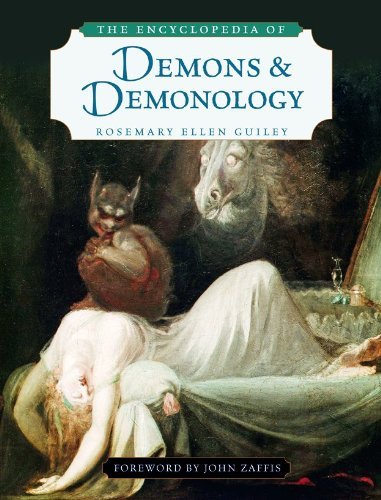 The conflict between good and evil can be found in every culture, mythical tradition, and religion throughout history. In many cases, the source of evil has been personified as demons or devils, and in many belief systems, both are considered to be real entities operating outside the boundaries of the physical world to torment people or lead them astray.

In some traditions demons are believed to be the direct opposite of angels, working against the forces of good and challenging them. Real or not, demons are at the heart of many fascinating beliefs and traditions, several of which are widely held today.

“The Encyclopedia of Demons and Demonology” explores this dark aspect of folklore and religion and the role that demons play in the modern world. This comprehensive resource presents more than 400 entries and more than 80 black-and-white photographs documenting beliefs about demons and demonology from ancient history to the present.

Key topics covered include: Demons in different cultural and religious traditions; Demons in folklore and popular culture; Exorcism and other means of confronting demons; Historical cases of possession and demon activity; The history of demonology; Magic and witchcraft; Possession and other demonic phenomena; Modern-day demonologists and exorcists; Strange creatures and entities related to demons; and, Types of demons.