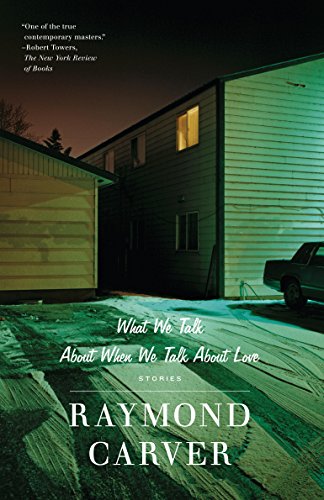 The short story is a uniquely challenging form for the author, and a uniquely enjoyable form for the reader. Here are some collections from acknowledged masters of the form, Nobel Prize winners among them.

In his second collection, including the iconic and much-referenced title story featured in the Academy Award-winning film Birdman, Carver establishes his reputation as one of the most celebrated short-story writers in American literature—a haunting meditation on love, loss, and companionship, and finding one’s way through the dark. 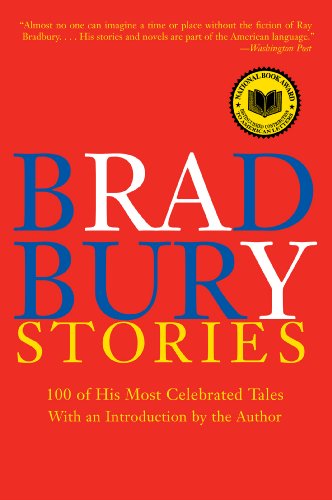 Whether you’re into Sci-Fi, Southern Gothic, Fantasy, Horror, family and relationship drama, Westerns, or a little of all of these, you’ll find what you’re looking for in these excellent short story collections.

For more than sixty years, the imagination of Ray Bradbury has opened doors into remarkable places, ushering us across unexplored territories of the heart and mind while leading us inexorably toward a profound understanding of ourselves and the universe we inhabit. In this landmark volume, America’s preeminent storyteller offers us one hundred treasures from alifetime of words and ideas — tales that amaze, enthrall, and horrify; breathtaking journeys backward and forward in time; classic stories with the undiminished power to tantalize, mystify, elate, and move the reader to tears. Each small gem in the master’s collection remains as dazzling as when it first appeared in print.

There is magic in these pages: the wonders of interstellar flight, a conspiracy of insects, the early bloom of love in the warmth of August. Both the world of Ray Bradbury and its people are vivid and alive, as colorfully unique as a poker chip hand-painted by a brilliant artist or as warmly familiar as the well-used settings on a family’s dining room table. In a poor man’s desire for the stars, in the twisted night games of a hateful embalmer, in a magnificent fraud perpetrated to banish despair and repair a future, in a writer’s wonderful death is the glowing proof of the timeless artistry of one of America’s greatest living bards.

The one hundred stories in this volume were chosen by Bradbury himself, and span a career that blossomed in the pulp magazines of the early 1940s and continues to flourish in the new millennium. Here are representatives of the legendary author’s finest works of short fiction, including many that have not been republished for decades, all forever fresh and vital, evocative and immensely entertaining. This is Bradbury at his very best — golden visions of tomorrow, poetic memories of yesterday, dark nightmares and glorious dreams — a grand celebration of humankind, God’s intricate yet poignantly fallible machineries of joy. 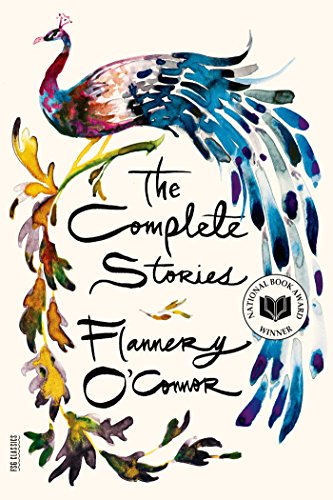 The publication of this extraordinary volume firmly established Flannery O’Connor’s monumental contribution to American fiction. There are thirty-one stories here in all, including twelve that do not appear in the only two story collections O’Connor put together in her short lifetime–Everything That Rises Must Converge and A Good Man Is Hard to Find.

O’Connor published her first story, “The Geranium,” in 1946, while she was working on her master’s degree at the University of Iowa. Arranged chronologically, this collection shows that her last story, “Judgement Day”–sent to her publisher shortly before her death—is a brilliantly rewritten and transfigured version of “The Geranium.” Taken together, these stories reveal a lively, penetrating talent that has given us some of the most powerful and disturbing fiction of the twentieth century. Also included is an introduction by O’Connor’s longtime editor and friend, Robert Giroux. 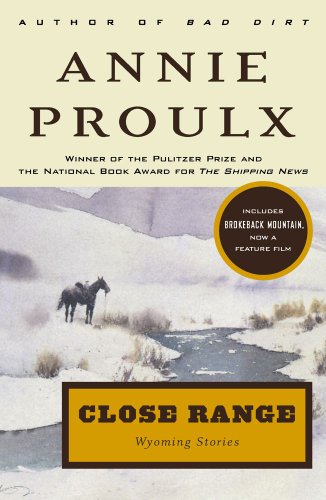 From the Pulitzer Prize-winning and bestselling author of The Shipping News and Accordion Crimes comes one of the most celebrated short-story collections of our time.

Annie Proulx’s masterful language and fierce love of Wyoming are evident in these breathtaking tales of loneliness, quick violence, and the wrong kinds of love. Each of the stunning portraits in Close Range reveals characters fiercely wrought with precision and grace.

These are stories of desperation and unlikely elation, set in a landscape both stark and magnificent — by an author writing at the peak of her craft. 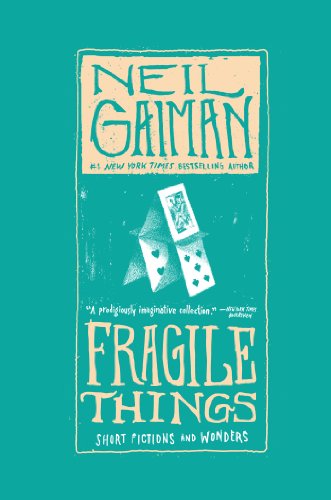 In this collection of stories (and a few poems), storytellers and the act of storytelling have prominent roles. The anthropomorphized months of the year swap tales at their annual board meeting: a half-eaten man recounts how he made the acquaintance of his beloved cannibal; and even Scheherazade, surely the greatest storyteller of all, receives a tribute with a poem. The stories are by turns horrifying and fanciful, often blending the two with a little sex, violence, and humor.

An introduction offers the genesis of each selection, itself a stealthy way of initiating teens into the art of writing short stories, and to some of the important authors of the genre. Gaiman cites his influences, and readers may readily see the inflection of H. P. Lovecraft and Ray Bradbury in many of the tales. Horror and fantasy are forms of literature wrought with clichés, but Gaiman usually comes up with an interesting new angle. 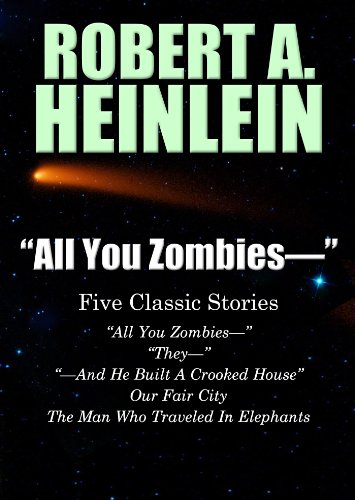 Robert A. Heinlein’s brilliance and diverse talents are on display in this collection of five short stories that range from mind-twisters (“All You Zombies—”), paranoia and surprise (“They—”), hilarious engineering conundrums (“—And They Built a Crooked House”), fantasies (“Our Fair City), and the beautiful, heart-breaking “The Man Who Travelled in Elephants”.

“Not only America’s premier writer of speculative fiction, but the greatest writer of such fiction in the world … [Heinlein] remains today as a sort of trademark for all that is finest in American imaginative fiction.”
– Stephen King

“There is no other writer whose work has exhilarated me as often and to such an extent as Heinlein.”
– Dean Koontz

“One of the most influential writers in American Literature.”
– The New York Times Book Review

“Heinlein wears imagination as though it were his private suit of clothes.”
– The New York Times

“Heinlein… has the ability to see technologies just around the bend. That, combined with his outstanding skill as a writer and engineer-inventor, produces books that are often years ahead of their time.”
– The Philadelphia Inquirer

“One of the grand masters of science fiction.”
– The Wall Street Journal 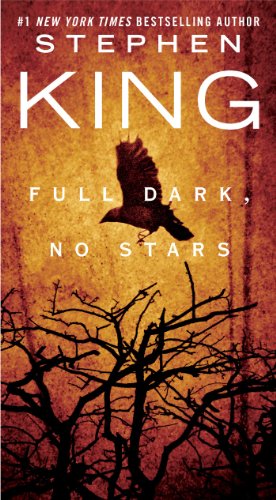 The acclaimed #1 New York Times and undisputed King of Horror Stephen King delivers five unforgettable short works, two of which will soon be adapted for film, and which Booklist called “raw looks at the limits of greed, revenge, and self-deception.” Like Different Seasons and Four Past Midnight, which generated such enduring hit films as The Shawshank Redemption and Stand by Me, Full Dark, No Stars proves Stephen King a master of the long story form.

“I believe there is another man inside every man, a stranger…” writes Wilfred Leland James in the early pages of the riveting confession that makes up “1922,” the first in this pitch-black quartet of mesmerizing tales from Stephen King. For James, that stranger is awakened when his wife Arlette proposes selling off the family homestead and moving to Omaha, setting in motion a gruesome train of murder and madness.

In “Big Driver,” soon to be a major Lifetime movie starring Maria Bello, a cozy-mystery writer named Tess encounters the stranger is along a back road in Massachusetts when she takes a shortcut home after a book club engagement. Violated and left for dead, Tess plots a revenge that will bring her face to face with another stranger: the one inside herself.

“Fair Extension,” the shortest of these tales, is perhaps the nastiest and certainly the funniest. Making a deal with the devil not only saves Harry Streeter from a fatal cancer but provides rich recompense for a lifetime of resentment.

In the last of the tales, soon to be a major motion picture, Darcy Anderson’s husband of more than twenty years is away on one of his business trips and his unsuspecting wife looks for batteries in the garage. Her toe knocks up against a box under a worktable and she discovers the stranger inside her husband. It’s a horrifying discovery, rendered with bristling intensity, and it definitively ends “A Good Marriage.” 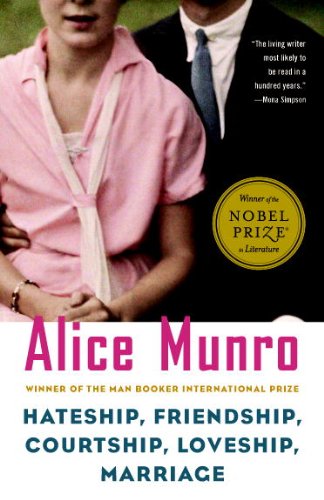 WINNER OF THE NOBEL PRIZE® IN LITERATURE 2013

In the her tenth collection (the title story of which is the basis for the new film Hateship Loveship), Alice Munro achieves new heights, creating narratives that loop and swerve like memory, and conjuring up characters as thorny and contradictory as people we know ourselves.

A tough-minded housekeeper jettisons the habits of a lifetime because of a teenager’s practical joke. A college student visiting her brassy, unconventional aunt stumbles on an astonishing secret and its meaning in her own life. An incorrigible philanderer responds with unexpected grace to his wife’s nursing-home romance. 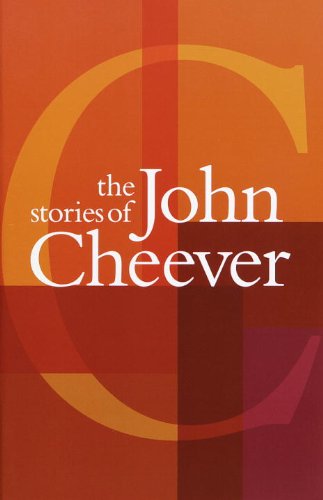 When The Stories of John Cheever was originally published, it became an immediate national bestseller and won the Pulitzer Prize. In the years since, it has become a classic. Vintage Books is proud to reintroduce this magnificent collection.

Here are sixty-one stories that chronicle the lives of what has been called “the greatest generation.” From the early wonder and disillusionment of city life in “The Enormous Radio” to the surprising discoveries and common mysteries of suburbia in “The Housebreaker of Shady Hill” and “The Swimmer,” Cheever tells us everything we need to know about “the pain and sweetness of life.”