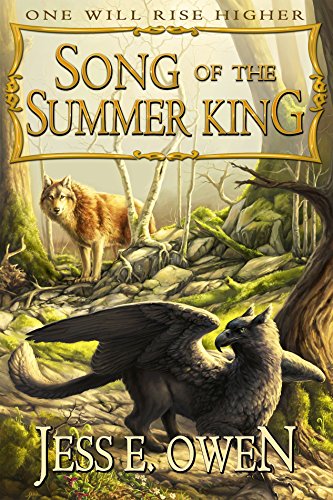 The Summer King Chronicles offers an epic fantasy adventure series on par with any intended for adults, but these books are written with tweens in mind.

“In the tradition of other mythic tales with animal protagonists like Watership Down and Birth of the Firebringer, here’s Song of the Summer King: a story that is only “Young Adult” in the sense that both young and old can enjoy it . . . Go get it for yourself, your kids, and your friends.” ~M.C.A. Hogarth

Shard is a gryfon in danger. He and other young males of the Silver Isles are old enough to fly, hunt, and fight–old enough to be threats to their ruler, the red gryfon king. In the midst of the dangerous initiation hunt, Shard takes the unexpected advice of a strange she-wolf who seeks him out, and hints that Shard’s past isn’t all that it seems. To learn his past, Shard must abandon the future he wants and make allies of those the gryfons call enemies.

When the gryfon king declares open war on the wolves, it throws Shard’s past and uncertain future into the turmoil between. Now with battle lines drawn, Shard must decide whether to fight beside his king . . .or against him. 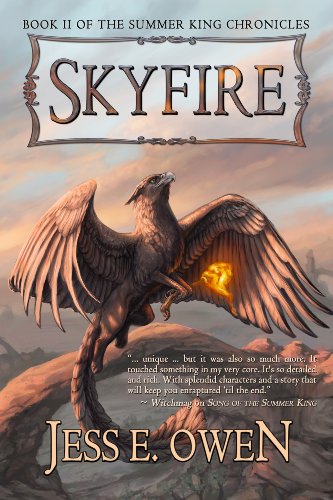 ::WINNER of the 2013 Ursa Major Award for Best Anthropomorphic Novel::

Shard is a gryfon in exile from the pride of the Silver Isles. After learning of the injustices wrought by the Red King he once served loyally, Shard now seeks to fulfill the promise of the legendary Summer King, who is destined to bring peace and balance when he appears.

Shard’s quest will take him across the sea to the homeland of the gryfons who conquered the Silver Isles, into a web of new allies and new enemies, winged and wingless alike. There he will learn of the fierce enmity that drove the Red King and his pride from their homeland, and the deadly grudge stretching back two generations that, if left unfinished, could destroy them all. 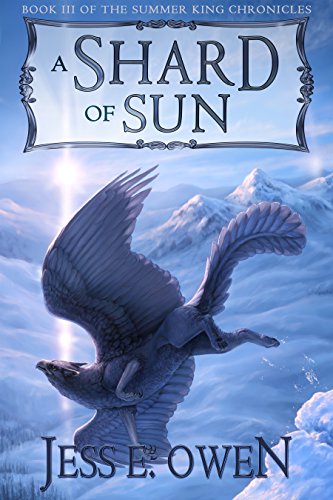 The third book in the four-book Summer King Chronicles.

Shard is a gryfon entrusted with a great responsibility. A dragon of the Sunland has left her newborn kit to his care, and now Shard has difficult decisions to make about how best to keep the swiftly growing dragonet safe, while remaining true to his own destiny and the prophecy of the Summer King. He sets out to return the dragonet to his kin in the Sunland and find help for his own quest, but his hope for making wise and benevolent allies is quickly replaced with the reality of cold, mistrustful dragons who want nothing to do with gryfons, Shard, or his wars in warmer lands.

In the Silver Isles, the warrior gryfon Caj sets out on a dangerous hunt for his mad wingbrother, Sverin, once the mighty Red King. The safety of the pride, and in the end, Caj’s life, may depend on his success or failure.

Meanwhile, Shard’s wingbrother Kjorn seeks to find him and reconcile, and his quest will take him across the land that was once his birthright and into the heart of tricky alliances, enmities, and the ever-looming threat of the Voiceless, fear-mongering wyrms.

The Song of the Summer King promises that one will rise higher, one will see farther, and his wing beats will part the storm . . . but as Shard learns more of the world and the tangled threads of fate, he begins to fear that no one can part the storm of growing hatred and fear–not even a Summer King. 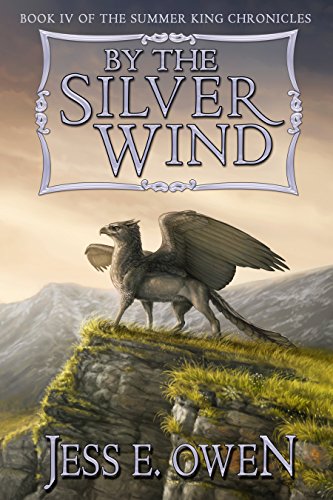 Shard is a gryfon with a great destiny, and desperate to stop a war. He is hampered on his path to peace by would-be allies, old enmities and grudges between clans of creatures, and the ever-looming threat of the fear mongering wyrms.

Everyone believes that Shard is the legendary Summer King, that he alone can make the wyrms see reason and stop their violent marauding before more lives are sacrificed. But when he uses newfound powers to try communicating with their leader, he only ends up making things worse.

When the wyrms make a surprising move by attacking where Shard least expects it, he knows he must be willing to sacrifice anything—and everything—to stop them once and for all.