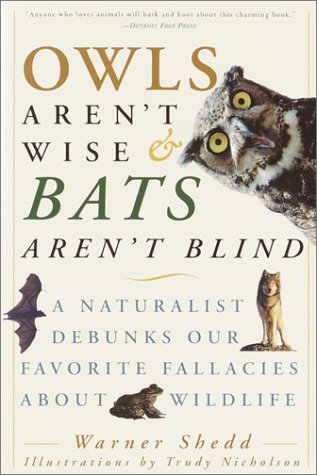 Learn about the natural world all around us in these fascinating natural history books that inform, entertain and inspire.

Did you know that “flying” squirrels are incapable of true flight? Were you aware that opossums don’t “play dead,” as in the common folk saying “playing possum”? In this fascinating and gorgeously illustrated new book, wildlife expert and enthusiast Warner Shedd, former executive for the National Wildlife Federation, uncovers the scientific realities obscured by our numerous long-held misconceptions of wild animals. Setting the most tenacious of these age-old superstitions against evidence that he and other biologists and naturalists have gleaned from careful observation and investigation, Shedd refutes such popular myths as beavers can fell trees in a desired direction, gray squirrels remember where they bury nuts, wolves howl at the moon, and cougars are an endangered species.

In addition to dispelling misinformation, Owls Aren’t Wise & Bats Aren’t Blind presents some fascinating facts about the animals that many of us encounter in our own backyards or walking across the road as we drive in our cars. For instance, did you know that a porcupine is actually a large rodent, and that its protective quills are really specialized hairs numbering about 30,000 per animal? That means that a typical porcupine has about 140 quills per square inch!

Shedd also uses humorous anecdotes to show us how funny (and educational) it can be when animals themselves defy our mistaken beliefs about them. Casting new light on the old tenet that ravens can be taught to mimic the human voice, Warner Shedd tells of a scientist who spent six years teaching a raven to cry “nevermore,” after the haunting raven in the famous Edgar Allan Poe poem. Shedd further explains that recent research indicates that ravens only mimic if they have the desire to do so. 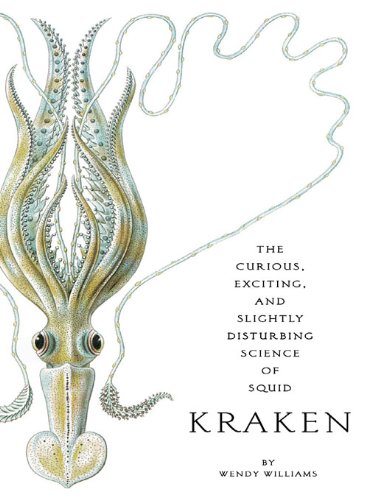 Kraken is the traditional name for gigantic sea monsters, and this book introduces one of the most charismatic, enigmatic, and curious inhabitants of the sea: the squid.

The pages take the reader on a wild narrative ride through the world of squid science and adventure, along the way addressing some riddles about what intelligence is, and what monsters lie in the deep.

In addition to squid, both giant and otherwise, Kraken examines other equally enthralling cephalopods, including the octopus and the cuttlefish, and explores their otherworldly abilities, such as camouflage and bioluminescence.

Accessible and entertaining, Kraken is also the first substantial volume on the subject in more than a decade and a must for fans of popular science. 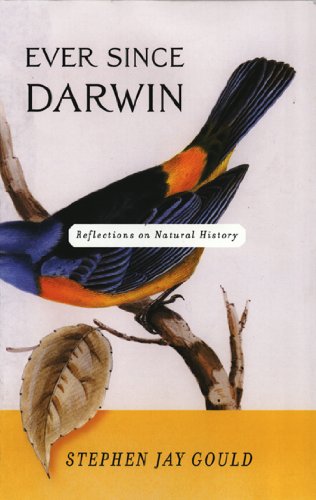 Ever Since Darwin: Reflections in Natural History (4.5/5 stars, currently priced at $9.99)

Scientific insight and literary flair combine, in this collection of reflections where such topics as the importance and relevance of Darwinism, the question of size in nature and the bizarre sex life of a mushroom maggot are examined.

More than any other modern scientists, Stephen Jay Gould has opened up to millions the wonders of evolutionary biology. His genius as an essayist lies in his unmatched ability to use his knowledge of the world, including popular culture, to illuminate the realm of science.

Ever Since Darwin, Stephen Jay Gould’s first book, has sold more than a quarter of a million copies. Like all succeeding collections by this unique writer, it brings the art of the scientific essay to unparalleled heights. 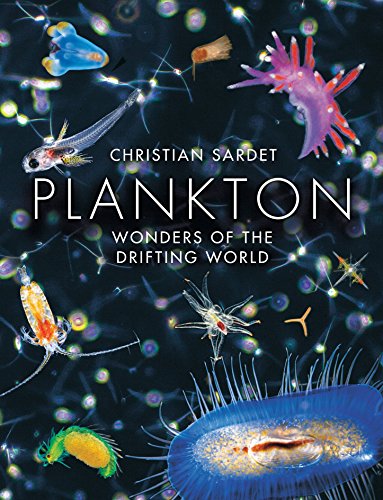 Ask anyone to picture a bird or a fish and a series of clear images will immediately come to mind. Ask the same person to picture plankton and most would have a hard time conjuring anything beyond a vague squiggle or a greyish fleck. This book will change that forever.

Viewing these creatures up close for the first time can be a thrilling experience—an elaborate but hidden world truly opens up before your eyes. Through hundreds of close-up photographs, Plankton transports readers into the currents, where jeweled chains hang next to phosphorescent chandeliers, spidery claws jut out from sinuous bodies, and gelatinous barrels protect microscopic hearts. The creatures’ vibrant colors pop against the black pages, allowing readers to examine every eye and follow every tentacle. Jellyfish, tadpoles, and bacteria all find a place in the book, representing the broad scope of organisms dependent on drifting currents.

Christian Sardet’s enlightening text explains the biological underpinnings of each species while connecting them to the larger living world. He begins with plankton’s origins and history, then dives into each group, covering ctenophores and cnidarians, crustaceans and mollusks, and worms and tadpoles. He also demonstrates the indisputable impact of plankton in our lives. Plankton drift through our world mostly unseen, yet they are diverse organisms that form ninety-five percent of ocean life. Biologically, they are the foundation of the aquatic food web and consume as much carbon dioxide as land-based plants. Culturally, they have driven new industries and captured artists’ imaginations.

While scientists and entrepreneurs are just starting to tap the potential of this undersea forest, for most people these pages will represent uncharted waters. Plankton is a spectacular journey that will leave readers seeing the ocean in ways they never imagined. 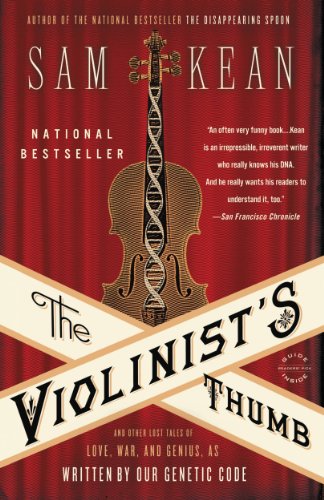 The Violinist’s Thumb: And Other Lost Tales of Love, War, and Genius, as Written by Our Genetic Code (4.5/5 stars, currently priced at $11.99)

In The Disappearing Spoon, bestselling author Sam Kean unlocked the mysteries of the periodic table. In THE VIOLINIST’S THUMB, he explores the wonders of the magical building block of life: DNA.

There are genes to explain crazy cat ladies, why other people have no fingerprints, and why some people survive nuclear bombs. Genes illuminate everything from JFK’s bronze skin (it wasn’t a tan) to Einstein’s genius.

They prove that Neanderthals and humans bred thousands of years more recently than any of us would feel comfortable thinking. They can even allow some people, because of the exceptional flexibility of their thumbs and fingers, to become truly singular violinists.