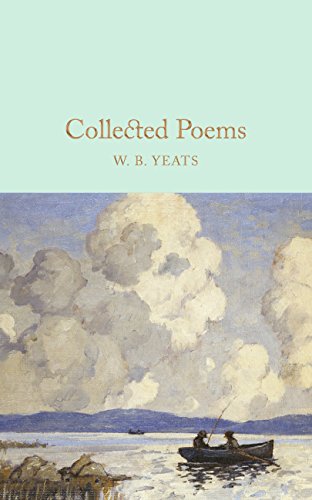 In its Collector’s Library, Macmillan has curated a trove of classic books that belong in every student’s or serious reader’s library. Macmillan is now in the process of creating special Kindle editions of every book in the Collection but all are available for pre-order now, with release dates starting this Thursday, 7/14/16.

Best of all, most of the books in the Macmillan Collector’s Library are priced at just $1.99 each in Kindle format, making it easy to amass an impressive library of classics on a budget. All of the titles shown in this post are currently priced at $1.99.

Pre-order the titles you want now and spend the rest of the year being pleasantly surprised when each one is automatically delivered to your Kindle or Fire tablet.

As well as being one of the major literary figures of the twentieth century and the recipient of the 1923 Nobel Prize for Literature, William Butler Yeats (1865-1939) is the greatest lyric poet that Ireland has produced.

His early work includes the beguiling ‘When You are Old’, ‘The Cloths of Heaven’ and ‘The Lake Isle of Innisfree’ but, unusually for a poet, Yeats’s later works, including ‘Parnell’s Funeral’, surpass even those of his youth. 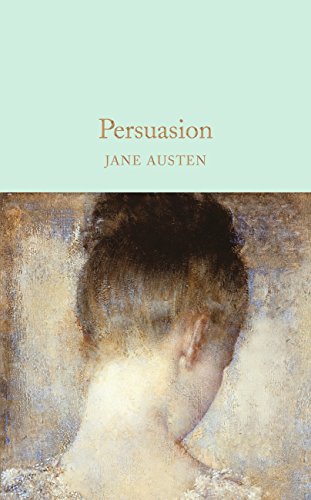 Jane Austen’s final novel is her most mature and wickedly satirical. It follows the story of Anne Elliott, who as a teenager, was engaged to a seemingly ideal man, Frederick Wentworth.

But after being persuaded by her friend Lady Russell that he is too poor to be a suitable match, Anne ends their engagement.

When they are reacquainted eight years later, their circumstances are transformed: Frederick is returning triumphantly from the Napoleonic War, while Anne’s fortunes are floundering. Will their past regrets prevent them from finding future happiness? 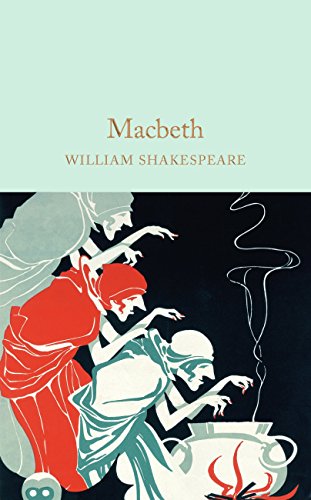 Dark and violent, Macbeth is also the most theatrically spectacular of Shakespeare’s tragedies. Promised a golden future as ruler of Scotland by three sinister witches, Macbeth murders the king to ensure his ambitions are realized.

But he soon learns the meaning of terror – killing once, he must kill again and again, and the dead return to haunt him.

A story of war and witchcraft, Macbeth also explores the relationship between husband and wife, and the risks they are prepared to take to achieve their desires.

This Macmillan Collector’s Library edition is illustrated throughout by renowned artist Sir John Gilbert (1817-1897), and features and introduction by Dr Robert Mighall. 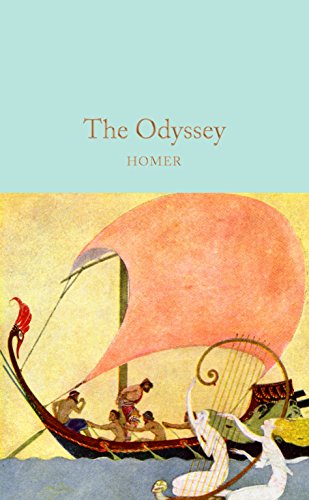 Homer’s great epic, The Odyssey, is perhaps Western literature’s first adventure story, and certainly remains one of its finest. It describes King Odysseus of Ithaca’s epic, ten-year quest to return home after the Trojan War. He encounters giants, sorceresses, sea-monsters and sirens, while his wife Penelope is forced to resist the suitors who besiege her on Ithaca. Both an enchanting fairy tale and a gripping drama, The Odyssey is immensely influential, not least for its rich complexity and the magnetism of its hero.

This Macmillan Collector’s Library edition uses a translation by T. E. Lawrence, now remembered as ‘Lawrence of Arabia’ and the author of Seven Pillars of Wisdom. First published in 1932, his translation took four years to complete and has been continuously in print ever since. It is recognized as the first translation to be both faithful to the original text and written in accessible language. This edition also features an afterword by Ben Shaw.

Click here to browse all the many titles in the Macmillan Collector’s Library.