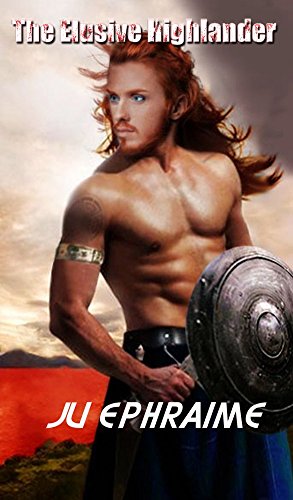 4.8 stars – 16 Reviews
Kindle Price: $1.99
On Sale! Everyday price:
Text-to-Speech: Enabled
Don’t have a Kindle? Get yours here.
Here’s the set-up:
WARRIOR TOO ELUSIVE TO CAPTURE

He is a Scottish Laird who lives in a world of Druid magic and ancient customs, hand fasted to the sister of his rival clan, MacDougall. Alasdair thought he was doing the right thing trying to bring peace to the region. But he is murdered on the eve of his wedding. Not willing to accept his death, his mother, a Druid priestess, performs a geas to keep him alive. But something went awry because, as the last word of the geas was spoken, Alasdair is trapped in time where he wanders the earth for centuries. The only one who can bring him back home is his betrothed. He has given up on ever finding her until she walks into his office in twentieth century Manhattan.

A WOMAN TOO STRONG WILLED TO TAME

Coira Ainsley is a happy-go-lucky young woman living in twenty-first century Manhattan. Her job as a travel agent takes her all over. She loves the work she does and is excellent at it. That is until she follows her client into his office and finds herself in the fourteenth century at Inveraray Keep in the Highlands of Scotland. At first, Coira thinks a prank is being played on her until she sees the giant, wearing nothing but a kilt and a studded leather strap across his massive chest approach her. Not one given to swooning, Coira finds herself welcoming the darkness that come over her as she loses consciousness, without learning that the naked giant is her betrothed from another time… another place. Will she give in and accept what has been pre-destined or will she fight to get back to the life she knows and loves?

“Ephraime’s first book in her Highlander series is a fascinating,captivating read. She blends a fast-paced adventurous plot with magic and intrigue to form the perfect backdrop for a delightful romance. The interaction between the characters is refreshing and engaging, TOP PICK” – Stamford Chronicle

“Readers of romantic historical novels will like enjoy the romantic dialogue and the sexual tension between the two main characters in THE ELUSIVE HIGHLANDER.” – Romance with Heat