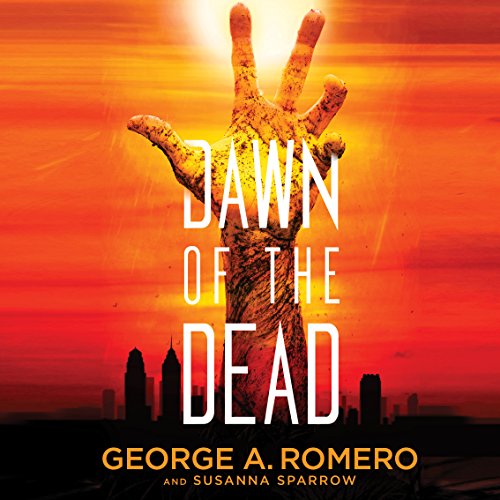 From 28 Days Later to Walking Dead, the source that inspired all of the more recent zombie tales is George Romero’s film, Dawn of the Dead. Romero’s own novelization of that film Dawn of the Dead (4.5/5 stars, priced at $2.95 TODAY ONLY) is featured in today’s Audible Daily Deal.

George A. Romero terrified a generation with his iconic horror film and with this cult-classic novel. Immerse yourself in this unparalleled vision from the revered master of the zombie apocalypse…and be terrified all over again.

Zombies have overpowered the living and ravaged the world. Society has collapsed as humans race to save themselves. No one knows how far the creatures have spread or how to stop them. In downtown Philadelphia four people escape the chaos and find shelter in a vacated shopping mall. But as their greed spirals and the undead close in, their haven for waiting out the end of the world becomes the last battleground for survival. And there is nowhere left to hide.

Click here to get the Audible audiobook of Dawn of the Dead.