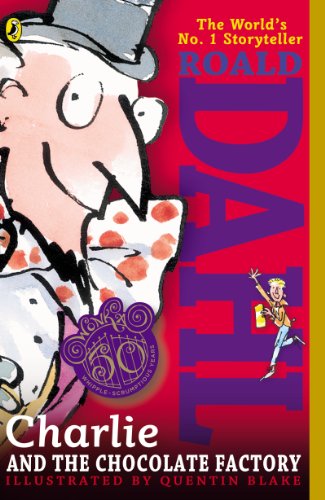 Your kids may already be familiar with the books of Roald Dahl because his most popular books have been adapted into films. But there are still a lot of good reasons to read the books: they’re fun, easy reads, all intended for middle readers (age 9-12), and all include illustrations to help kids make the transition from picture books to novels.

Dahl’s books are sure to be a hit with kids who’ve enjoyed Lemony Snicket’s A Series Of Unfortunate Events books, since Dahl’s books also tell stories about precocious children (or in the case of Mr. Fox, clever animals) facing scary situations and sometimes even scary adults, yet coming out ahead by using their wits and hearts to guide them.

Charlie and the Chocolate Factory (4.5/5 stars, currently priced at $6.99) From Amazon:

But only five lucky children will be allowed inside.

And the winners are: Augustus Gloop, an enormously fat boy whose hobby is eating; Veruca Salt, a spoiled-rotten brat whose parents are wrapped around her little finger; Violet Beauregarde, a dim-witted gum-chewer with the fastest jaws around; Mike Teavee, a toy pistol-toting gangster-in-training who is obsessed with television; and Charlie Bucket, Our Hero, a boy who is honest and kind, brave and true, and good and ready for the wildest time of his life! 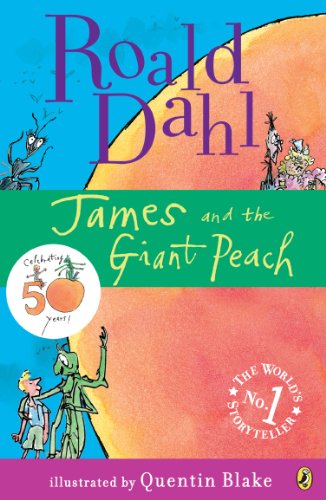 A little magic can take you a long way.

After James Henry Trotter’s parents are tragically eaten by a rhinoceros, he goes to live with his two horrible aunts, Spiker and Sponge.

Life there is no fun, until James accidentally drops some magic crystals by the old peach tree and strange things start to happen. The peach at the top of the tree begins to grow, and before long it’s as big as a house.

Inside, James meets a bunch of oversized friends—Grasshopper, Centipede, Ladybug, and more. With a snip of the stem, the peach starts rolling away, and the great adventure begins! 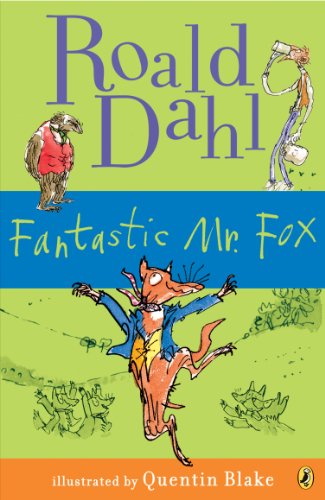 Someone’s been stealing from the three meanest farmers around, and they know the identity of the thief—it’s Fantastic Mr. Fox!

Working alone they could never catch him; but now fat Boggis, squat Bunce, and skinny Bean have joined forces, and they have Mr. Fox and his family surrounded.

What they don’t know is that they’re not dealing with just any fox—Mr. Fox would rather die than surrender. Only the most fantastic plan can save him now. 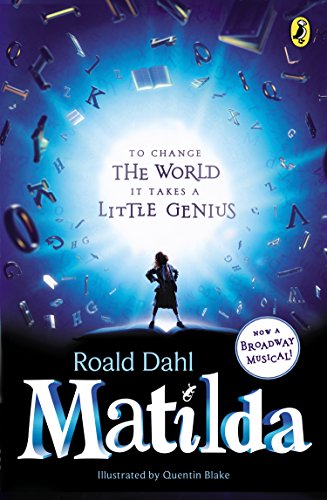 “The Trunchbull” is no match for Matilda!

Matilda is a sweet, exceptional young girl, but her parents think she’s just a nuisance.

She expects school to be different but there she has to face Miss Trunchbull, a kid-hating terror of a headmistress. When Matilda is attacked by the Trunchbull she suddenly discovers she has a remarkable power with which to fight back.

It’ll take a superhuman genius to give Miss Trunchbull what she deserves and Matilda may be just the one to do it!