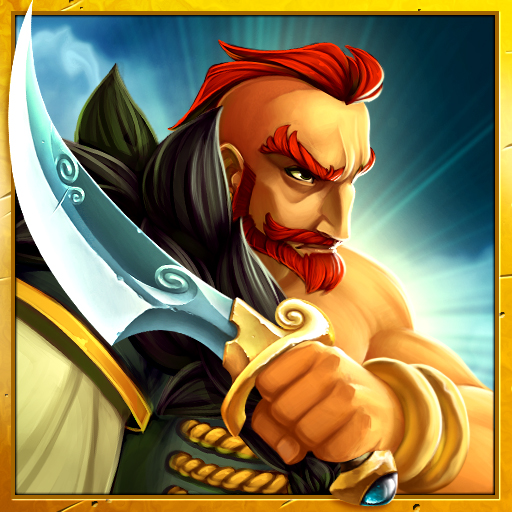 Today’s featured Free App of the Day is Saber’s Edge (4/5 stars, guidance suggested, currently FREE): a different kind of match-3 game with a steampunk buccaneer theme and a number of twists. For example, the game board is actually a cube you can rotate to maximize match combos (see app trailer video, below).

Avast, matey! Crew up your skyship for action, adventure and glory on the Seven Skies in Saber’s Edge! Saber’s Edge is a strategic match-3 puzzle game that allows you to chain attacks, plan your defenses, and defeat your enemies like never before! You can outmaneuver, outflank and outlast your enemies to become the most renowned Raiders across the entire Seven Skies! Using an innovative combo system, plan your attacks to release devastating combos.

Loot chests, find treasure and build the best crew to ever set sail across the skies. Seek out adventure – and treasure – in the wide open skies! Beat other raiders to the legendary Eye of Markesh, an artifact thought lost to time. It’s not going to be easy though – you’ll have to fight through deadly adversaries – from the Tekuran tribes, the evil Dark Mechanics, the scoundrels of the Amiran desert, and the treacherous Empire. Choose your strategies carefully because with war on all sides, no port in the sky is safe! Explore the enchanted lands of the Tekuran, and learn to understand the secrets of the Soulstones. 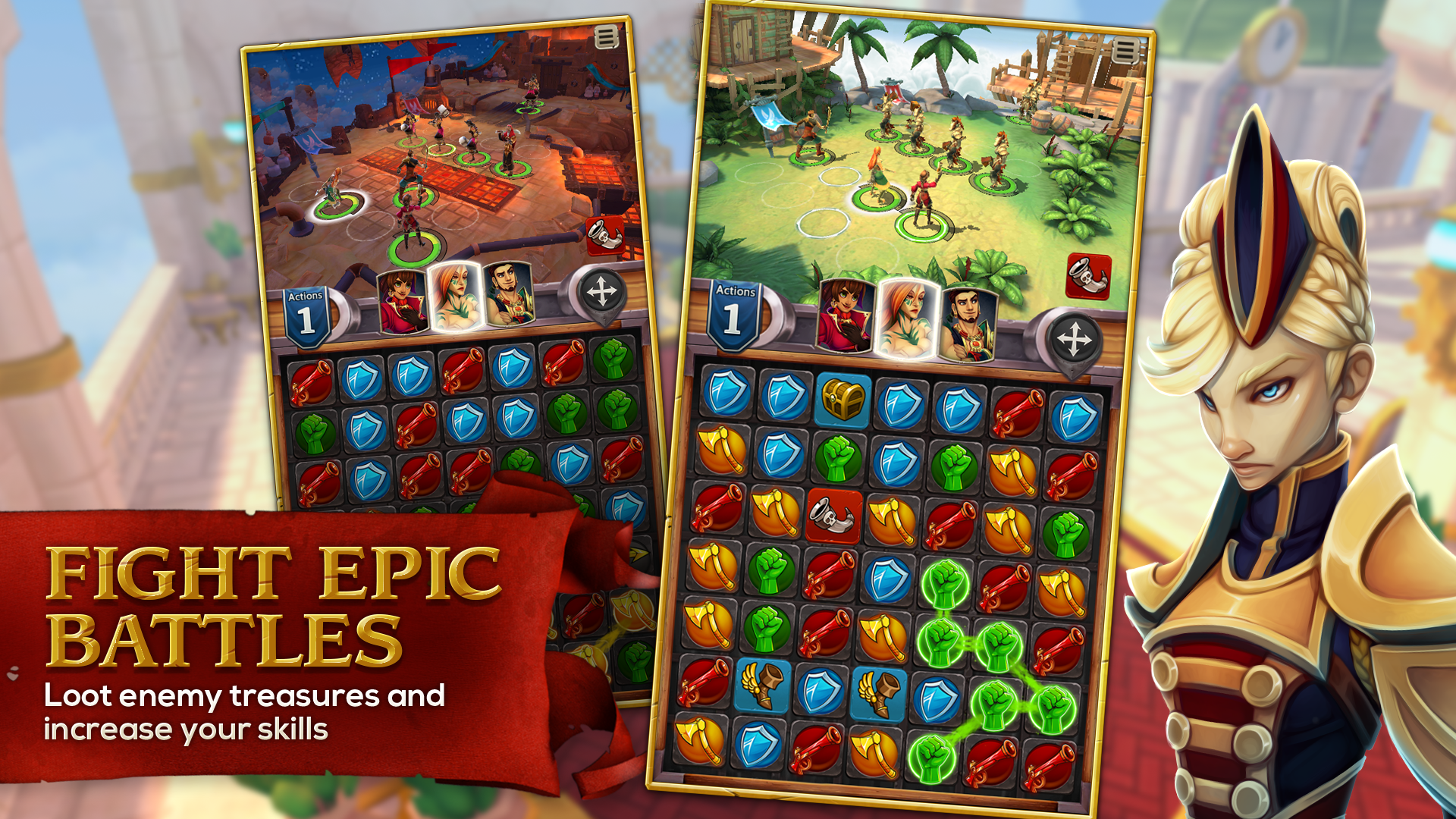 Defend your ship from the pirate clans, and find ancient treasure in the Amiran desert. Stop the machinations of the Dark Mechanics and defeat the Empire as you travel the skies. Every port is a new adventure and every battle is a chance to find more loot! Meet the unique peoples of the lands, and discover the world of the Seven Skies as you fly on to even greater adventures! Build your ultimate crew from a choice of twelve distinct heroes, all of whom have their own unique abilities and fighting styles. Use them all to your best advantage to defeat your adversaries, all the while tracking down fantastic treasures and gaining infamy around the skies.

In Saber’s Edge you get to manage your crew, conquer your rivals, and pillage to your heart’s content in this high octane strategic match-3 puzzle game.

Saber’s Edge: get it today and start sailing the virtual skies in search of treasure!