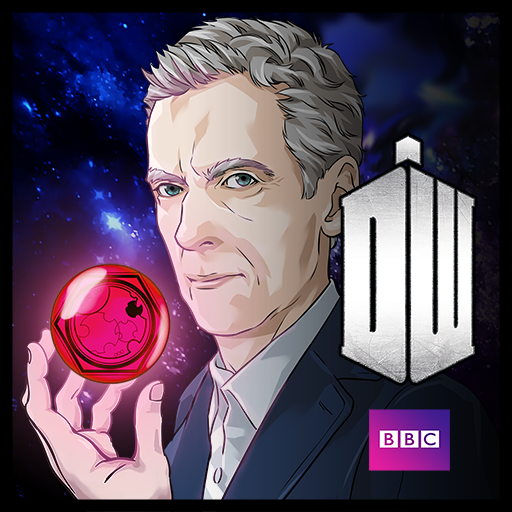 It’s an especially great time to try this app because from now through the end of the month (offer expires 1/31/15), when you download Dr. Who Legacy you will get 8 extra characters that would ordinarily have to be purchased. Note that even if you downloaded this app sometime in the past, so long as you download a fresh copy between now and 1/31/15 you will receive the bonus!

To get the bonus, get the app and install it, complete the tutorial, and then go to the Store > Characters area. From Amazon:

Team up with your favorite Doctor–we have ALL of them 1st through to 12th–and head back through time – revisit your favorite episodes from the TV series and build a team of your favorite companions and allies including Clara, Rory, Amy, River, Sarah Jane, K-9 and dozens more, each of which has their own abilities to help you solve the infinite number of puzzles you’ll face.

4 day special Amazon only ‘Free App of the Day’ promo now through end of the month! New players will receive the War Doctor, 9th, 10th, and 12th (in addition to starting with the 11th) and also Clara, Rose and Amy Pond as allies!

Product Features
– Using a simple to learn gem matching mechanic for gameplay, players will be able to travel back through time and face off against many of the Doctor’s greatest enemies!

– Build your team from your favorites from 50 years of Doctor regenerations, companions and allies.

– No energy system! Play as much as you want, when you want!

– As one of the “more moral free-to-play games” (DigitalSpy.com) you will never face difficulty walls which require the spending of money.

• Gameskinny.com: 10/10 “This game is truly a massive achievement for Doctor Who games, as well as for how to do the “free-to-play” model correctly.”

• Gallifrey Times: 9/10 “…essentially a big sand pit to muck around with your favourite Who characters from your favourite episodes in clever and enjoyable puzzles”

• “And without an energy system restricting how many missions you can play in one sitting (a design annoyance that Puzzle & Dragons suffers from), Doctor Who: Legacy stands out as one of the more moral free-to-play games when it comes to how it treats its players.”- Digital Spy.com

• “…you will be pleasantly surprised to find a genuine gem of a game that isn’t out to fleece gamers but to please every Doctor Who fan.” – Doctorwhotv.co.uk

• There are no ads in the game, just a simple, understated store, politely clearing its throat when you wander over and mentioning that, should you be interested, there are things for sale. It’s one of the very best examples of free-to-play. – Kotaku.com

Dr. Who Legacy: get it within the next two days to take advantage of the special, Amazon-exclusive bonus!