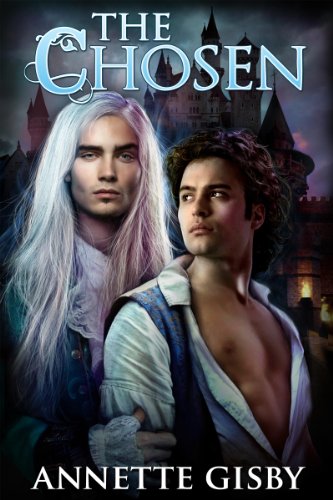 The neighbouring kingdoms of Oscia and Arcathia have been at a tentative peace for three years after centuries of warfare. Prince Severin of Arcathia has been brought up to put duty before all else and as the only son of the King and Queen, it is his duty to marry and produce an heir. His parents want him to marry an Oscian princess to cement that tentative peace. Unfortunately Severin isn’t interested in princesses. Now, if he had his pick of princes that would be another matter.

Havyn has been a slave all his life. When his aptitude for wizardry is discovered, he finds himself purchased and freed by Prince Severin and apprenticed to the royal wizard, Ildar. His duty is to stay chaste to keep his powers strong, but his feelings for Severin sorely test his resolve.

With kingdoms at war, the throne hanging in the balance, magic in the air, and outside forces trying to keep them apart, can the two men find happiness together, or is duty more important than love?

“The way Severin and Havyn fight their attraction even as each of them continue to crave each other was heartbreaking. This was a really good novel, one that I thoroughly enjoyed reading and remember for quite some time.” – Coffee Time Romance

“Gisby’s description of her fantasy world of Arcathia and Oscia is strong; she quickly sets the limitations of the magic users and defines the characteristics of the Arcathian and Oscian populations with clarity. She is also very good at introducing various subplots; within the first few chapters she introduces the antagonism between her two main cultures, the appearance of an ancient race, in addition to the main romance and the obstacles the couples face.” – Rainbow Reviews

“Annette Gisby is one of my new favorite authors to watch out for. The Chosen was simply a fantastic mixture of passion, longing, magic and kingdom intrigue…Annette Gisby has written a fantastic book with clandestine visits, secret dreams, and a fantastic ending.” – Bitten by Books

Annette Gisby grew up in a small town in Northern Ireland, moving to London when she was seventeen. She writes in multiple genres and styles, anything from romance to thriller or erotica to horror, even both at the same time.

When not writing, she enjoys reading, cinema, theatre and travelling the world despite getting travel sick on most forms of transport, even a bicycle. Sometimes you might find her playing Dragon Quest or The Sims computer games and watching Japanese Anime. She lives in Hampshire with her husband, a collection of porcelain dolls, cuddly toys and enough books to fill a library. It’s diminishing gradually since the advent of ebooks, but still has a long way to go.