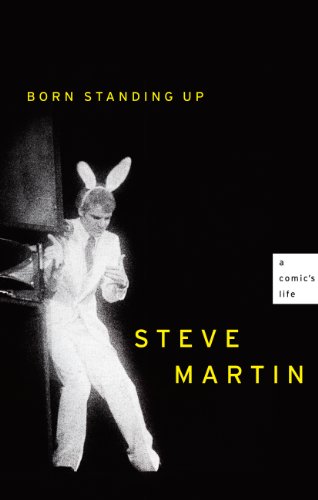 BookGorilla is a terrific, FREE service that allows you to indicate what types of books you’re interested in, then sends you an email once per day containing free and bargain Kindle books from the categories you’ve specified, up to a maximum number you get to set. Here are some highlights from my own BookGorilla email today:

In the midseventies, Steve Martin exploded onto the comedy scene. By 1978 he was the biggest concert draw in the history of stand-up. In 1981 he quit forever. This book is, in his own words, the story of “why I did stand-up and why I walked away.”

Emmy and Grammy Award winner, author of the acclaimed New York Times bestsellers Shopgirl and The Pleasure of My Company, and a regular contributor to The New Yorker, Martin has always been awriter. His memoir of his years in stand-up is candid, spectacularly amusing, and beautifully written.

At age ten Martin started his career at Disneyland, selling guidebooks in the newly opened theme park. In the decade that followed, he worked in the Disney magic shop and the Bird Cage Theatre at Knott’s Berry Farm, performing his first magic/comedy act a dozen times a week. The story of these years, during which he practiced and honed his craft, is moving and revelatory. The dedication to excellence and innovation is formed at an astonishingly early age and never wavers or wanes.

Martin illuminates the sacrifice, discipline, and originality that made him an icon and informs his work to this day. To be this good, to perform so frequently, was isolating and lonely. It took Martin decades to reconnect with his parents and sister, and he tells that story with great tenderness. Martin also paints a portrait of his times — the era of free love and protests against the war in Vietnam, the heady irreverence of The Smothers Brothers Comedy Hour in the late sixties, and the transformative new voice of Saturday Night Live in the seventies.

Throughout the text, Martin has placed photographs, many never seen before. Born Standing Up is a superb testament to the sheer tenacity, focus, and daring of one of the greatest and most iconoclastic comedians of all time. 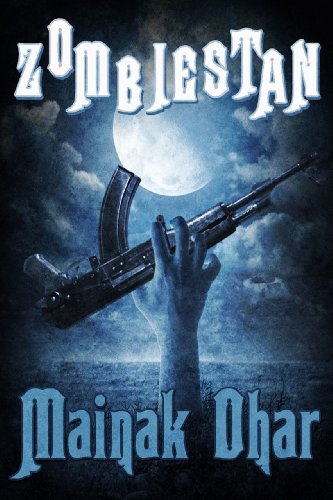 From the author of the sensational Amazon.com bestseller, Alice in Deadland, comes another unique and action packed take on the zombie genre.

It began with stories of undead Taliban rampaging through Afghan villages, and faster than anyone could have anticipated; the darkness spreads through the world.

In a world laid waste by this new terror, four unlikely companions have been thrown together- a seventeen year old boy dealing with the loss of his family, a US Navy SEAL trying to get back home, an aging, lonely writer with nobody to live for, and a young girl trying to keep her three year old brother safe.

When they discover that the smallest amongst them holds the key to removing the scourge that threatens to destroy their world, they begin an epic journey to a rumoured safe zone high in the Himalayas. A journey that will pit them against their own worst fears and the most terrible dangers- both human and undead.

A journey through a wasteland now known as Zombiestan. 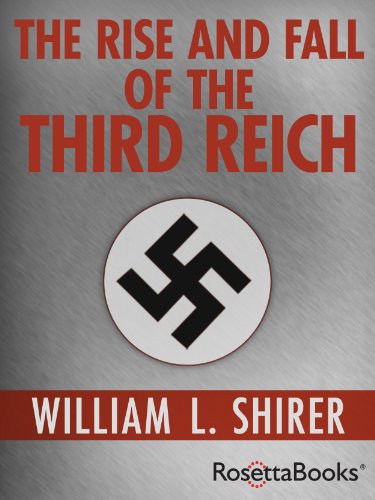 When the Third Reich fell, it fell swiftly. The Nazis had little time to cover up their memos, their letters, or their diaries. William L. Shirer’s definitive book on the Third Reich uses these unique sources. Combined with his personal experience with the Nazis, living through the war as an international correspondent, The Rise and Fall of the Third Reich not only earned Shirer a National Book Award but is recognized as one of the most important and authoritative books about the Third Reich and Nazi Germany ever written. The diaries of propaganda minister Joseph Goebbels as well as evidence and other testimony gained at the Nuremberg Trials could not have found more artful hands.

Shirer gives a clear, detailed and well-documented account of how it was that Adolf Hitler almost succeeded in conquering the world. With millions of copies in print, The Rise and Fall of the Third Reich has become one of the most authoritative books on one of mankind’s darkest hours. Shirer focuses on 1933 to 1945 in clear detail. Here is a worldwide bestseller that also tells the true story of the Holocaust, often in the words of the men who helped plan and conduct it. It is a classic by any measure.

The book has been translated into twelve languages and was adapted as a television miniseries, broadcast by ABC in 1968. This first ever e-book edition is published on the 50th anniversary of this iconic work. 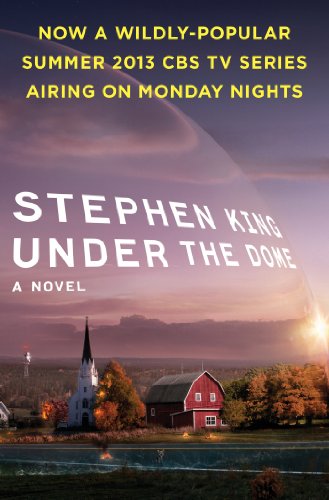 On an entirely normal, beautiful fall day in Chester’s Mill, Maine, the town is inexplicably and suddenly sealed off from the rest of the world by an invisible force field. Planes crash into it and fall from the sky in flaming wreckage, a gardener’s hand is severed as “the dome” comes down on it, people running errands in the neighboring town are divided from their families, and cars explode on impact. No one can fathom what this barrier is, where it came from, and when — or if — it will go away.

Against them stands Big Jim Rennie, a politician who will stop at nothing — even murder — to hold the reins of power, and his son, who is keeping a horrible secret in a dark pantry. But their main adversary is the Dome itself. Because time isn’t just short. It’s running out. 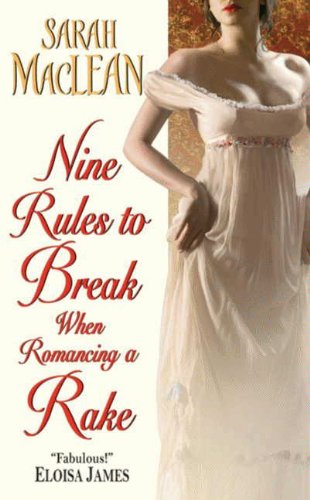 Nine Rules to Break When Romancing a Rake – By Sarah MacLean (4/5 stars, currently priced at $1.99)

A wonderfully talented new author joins the Avon Romance family—Sarah MacLean, who fans of Eloisa James and Julia Quinn will immediately take into their hearts! Sarah’s delectable debut, Nine Rules to Break When Romancing a Rake, is the Regency Era romp readers have been waiting for—fresh, fun, and wonderfully romantic—placing her solidly in the company of Elizabeth Hoyt, Sophie Jordan, and others of the new generation of exciting up-and-comers.

“Combine a few tried and true romance tropes, like the wallflower spinster and the jaded rake, with some improbable but amusing misadventures, and you have the makings of an entertaining Regency debut. Lady Calpurnia Hartwell, a plain but wealthy 28-year-old who refuses to marry a man who only desires her fortune, acts on a long-held crush and flings herself at Gabriel St. John, marquess of Ralston….The 19th-century clothes are luscious, the 21st-century sensibility is raunchy, and it’s all implausible, escapist fun.”
– Publisher’s Weekly 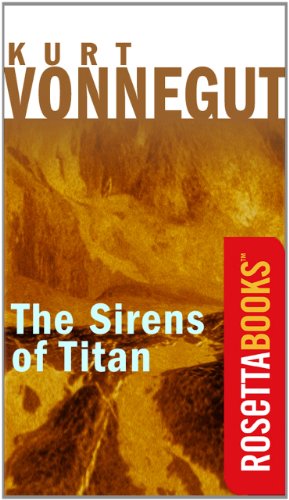 The Sirens of Titan (1959) is Vonnegut’s second novel and was on the Hugo ballot with Robert Heinlein’s Starship Troopers but lost in what Harlan Ellison has called a monumental injustice. Sirens of Titan is a picaresque novel which almost defies being synposized; it is an interplanetary Candide (lacking perhaps Voltaire’s utter bitterness), the book follows lead character Malachi Constant, a feckless but kind-hearted millionaire as he moves through the solar system on his quest for the meaning of all existence.

Constant is aided by another tycoon, Winston Rumfoord, who with the help of aliens has actually discovered the fundamental meaning of life (the retrieval of an alien artifact with an inscribed message of greetings). With the assistance of Salo, an alien root and overseeing the alien race, the Tralmafadorians (who also feature in Slaughterhouse-Five), Constant attempts to find some cosmic sense and order in the face of universal malevolence. Together Constant and Rumfoord deal with the metaphysics of “”chrono-synclastic infundibula””, they deal with the interference of the Tralmafadorians; the novel is pervaded by a goofy, episodic charm which barely shields the readers (or the characters) from the sense of a large and indifferent universe.

All of Vonnegut’s themes and obsessions (which are further developed and/or recycled in later work) are evident here in this novel which is more hopeful than most of Vonnegut’s canon. It is suggested that ultimately Constant learns that only it is impossible to learn, and that fate (and the Tralmafodorians) are impenetrable, unavoidable circumstance.

On the basis of this novel, Vonnegut was wholly claimed by the science fiction community (as witnessed by the Hugo nomination), but Vonnegut did not likewise wish to claim the community for himself and the feelings were not reciprocal. He felt from the outset that being identified as a science fiction writer could only limit his audience and trivialize his themes. His recurring character, the hack science fiction writer, Kilgore Trout (who also features in Slaughterhouse-Five), represented to Vonnegut the worst case scenario of the writer he did not wish to become. 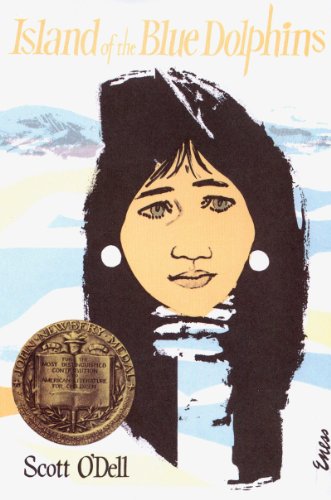 Scott O’Dell won the Newbery Medal in 1961 for his unforgettable novel Island of the Blue Dolphins, based on the true story of a Nicoleño Indian girl living in solitude between 1835 and 1853 on San Nicolas Island, only 70 miles off the coast of southern California.

Right now, BookGorilla’s also running a daily Invite-A-Friend sweepstakes for a $50 Amazon gift card so it’s a great time to give the service a try, and if you like it, to invite your Kindle book -loving friends and family to try it, too.