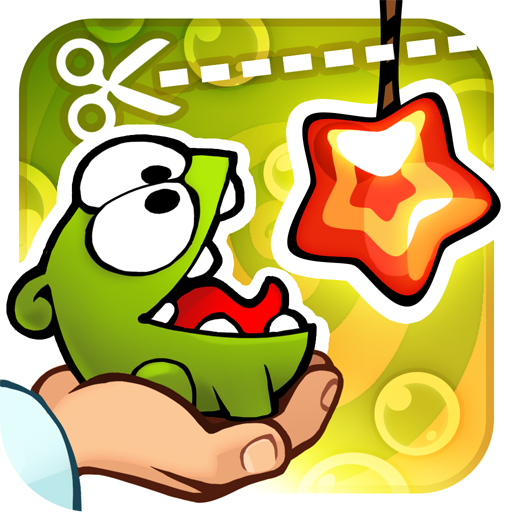 The fun, funny, physics-based puzzler Cut the Rope was an instant hit when it was released, and its follow-up, Cut The Rope: Experiments has been just as popular.

Today only, Cut The Rope: Experiments (4.5/5 stars, all ages) is available for free as Amazon’s Free App of the Day. From Amazon:

Cut the Rope: Experiments
The follow-up to the award-winning mobile game Cut the Rope has arrived for Android! ZeptoLab’s Cut The Rope: Experiments features the familiar and loveable little monster Om Nom who is discovered by a mad (but not bad) scientist determined to study his candy-loving behavior through a series of experiments.

Cut the ropes, release candy into Om Nom’s mouth, collect shiny gold stars, and unlock new levels. Read the in-game hints to learn the basics of gameplay for each new level or get help on especially tough puzzles.

Join millions of people around the globe and help the Professor and Om Nom get through these wacky experiments!

Gameplay
Cut the Rope is a puzzle game with a simple premise: a little monster named Om Nom arrives on your doorstep in a box labeled “Feed with Candy.” To satisfy Om Nom’s sweet tooth, simply cut the rope–you’ll find it’s easier said than done when enemies and obstacles await you.

Key Features
• Enjoy ad-free gameplay with this premium version of Cut the Rope
• Solve puzzles in different ways: the quickest path to feeding Om Nom may not yield the most points
• Use the touchscreen to interact with puzzles: cut ropes, pop bubbles, and use other contraptions to your advantage
• Climb the leaderboards and unlock achievements with fully integrated Scoreloop support

Cut The Rope: Experiments – Get it today, while it’s the Amazon Free App of the Day! And also see the original Cut The Rope, and Cut The Rope Time Travel HD.