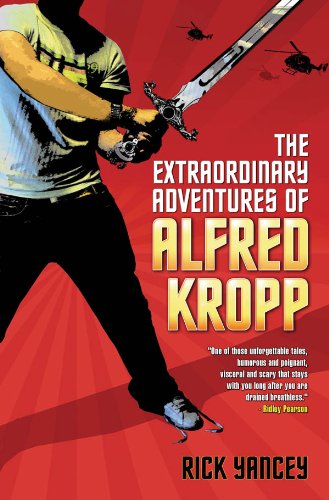 Teen and tween readers who like fast-paced action with a touch of myth and a generous helping of humor will love the Alfred Kropp series.

The Extraordinary Adventures of Alfred Kropp (4/5 stars, currently priced at $1.99)

Alfred Kropp is just trying to survive high school when his guardian uncle ropes him into a suspicious get-rich-quick scheme that changes his life forever: stealing Excalibur-the legendary sword of King Arthur. But when Alfred unwittingly delivers the sword into the wrong hands, he undertakes an unlikely quest to right his wrong and save the world from imminent destruction. This gripping, fast-paced, often hilarious novel is both a thrilling adventure story and an engaging account of one boy’s coming of age.

“If you’ve been dying for a fast-paced thriller of a tale… [this] is the book for you.” – Jon Scieszka, editor of Guys Write for Guys Read

“Like J. K Rowling, first time YA novelist Yancey deftly leavens the heavier plot elements with humour; this story of a big-headed loser is as funny as it is scary. Alfred’s adventures are not the only element of this tale that is extraordinary – the reluctant hero is too.” – Publishers Weekly, starred review

“Yancey has hit one out of the park with this original, engaging, sequel-worthy read.”- Kirkus Reviews, starred review

“This is an extraordinary adventure. Swordplay, guns, helicopters, fast cars and a striking conclusion make for a headlong, interesting read for teenagers.” -curledupkids.com 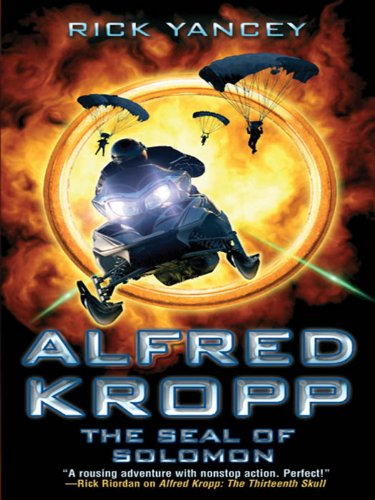 Thousands of years ago, King Solomon used a powerful ring, known as the Great Seal, to imprison the fallen angels of heaven in a sacred vessel. Now both the ring and the vessel have been stolen from OIPEP by a double-crossing Mike Arnold.

Should Mike choose to wield the demons’ power, all hell could break loose . . . literally. Led by the mysterious Op Nine, OIPEP has a plan to retrieve the artifacts, but their success depends on the least-likely candidate, none other than the last descendant of Lancelot, Alfred Kropp.

In this thrilling new adventure, author Rick Yancey proves once again that Alfred’s unexpected role as a world-saving hero is definitely no accident. 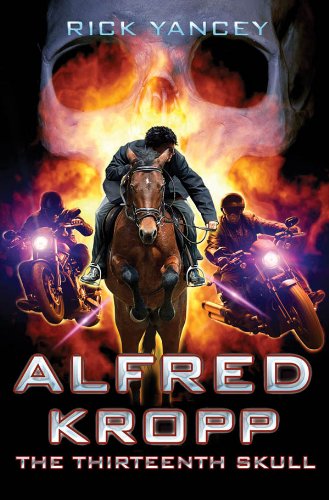 First Alfred Kropp lost-and found-the legendary sword Excalibur. Then he defeated King Paimon, arguably the nastiest of the demons to escape when the Seals of Solomon were stolen.

What could be left?

Plenty, it turns out.

Not only is someone out to kill Alfred, but the very people who have sworn to protect him are now trying to use him for deadly means: creating a superhuman army. Trust and betrayal will clash in terrifying ways as Alfred struggles to hold his enemies at bay, even as he learns the full scope of OIPEPs plans for him.