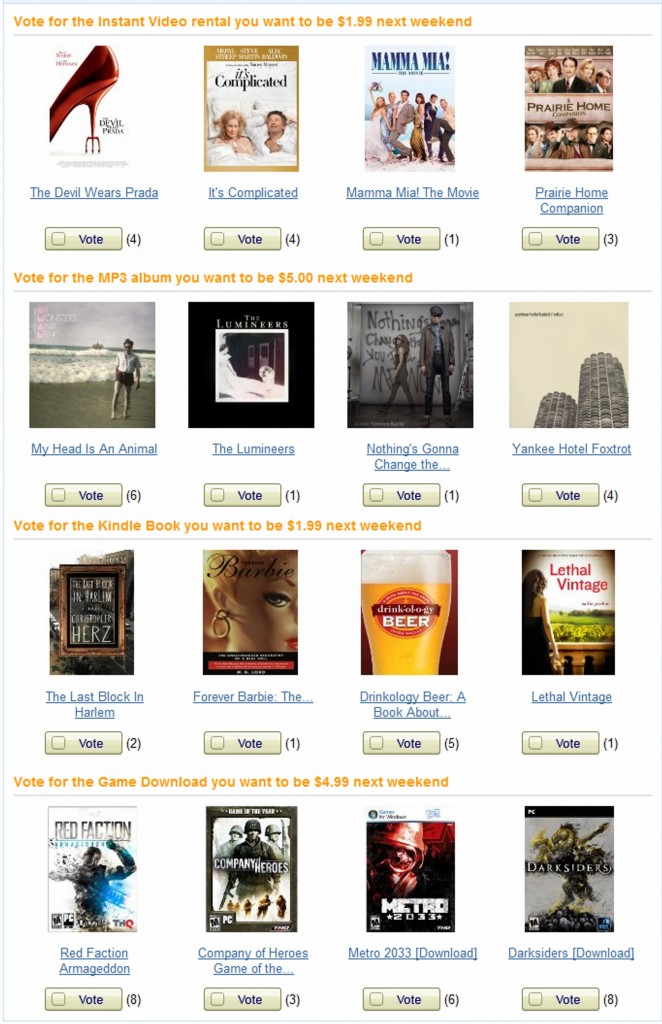 It’s Thursday, and that means it’s time to vote for the Instant Video, Kindle book, MP3 album and videogame download (PC/console) you want Amazon to offer at a deep discount next weekend.

MP3 albums this week are Of Monsters and Men’s My Head Is An Animal (think Arcade Fire, Mumford and Sons), The Lumineers self-titled album (think The Head And The Heart, Fleet Foxes), Justin Townes Earle’s Nothing’s Gonna Change the Way You Feel About Me Now (Memphis blues with a dash of Tom Waits) and Wilco’s Yankee Hotel Foxtrot (their most controversial album). Click through on the links above to listen to samples from all of these albums.

This week’s Kindle books are The Last Block in Harlem, Forever Barbie: The Unauthorized Biography of a Real Doll, Drinkology Beer: A Book About The Brew and Lethal Vintage.

Remember, the item in each category that receives the most votes between today and next Wednesday at midnight (PST) will be offered at a bargain price: $1.99 for the Instant Video rental, $5 for the MP3 album download, $1.99 for the Kindle book and $1.99 for the videogame download.