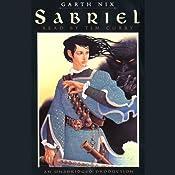 Garth Nix’ Abhorsen Trilogy is even better in audiobook form than it is in print, thanks to actor Tim Curry’s masterful narration. If you’ve been looking for supernatural-tinged fantasy with a female protagonist, or something appropriate for fans of young adult literature (recommended for grades 7 and up) look no further.

The first book in the series is Sabriel. From Audible:

Ever since she was a tiny child, Sabriel has lived outside the walls of the Old Kingdom, away from the random power of Free Magic, and away from the Dead who won’t stay dead. But now her father, the Mage Abhorsen, is missing, and to find him Sabriel must cross back into that world.

With threats on all sides and only each other to trust, the three must travel deep into the Old Kingdom, toward a battle that will pit them against the true forces of life and death, and bring Sabriel face-to-face with her own hidden destiny. 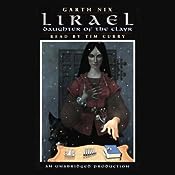 The second book in the trilogy is Lirael. From Audible:

Lirael has never felt like a true daughter of the Clayr. Abandoned by her mother, ignorant of her father’s identity, Lirael resembles no one else in her large extended family living in the Clayr’s glacier. She doesn’t even have the Sight, the ability to See into the present and possibly futures, that is the very birthright of the Clayr.

Nonetheless, it is Lirael in whose hands the fate of the Old Kingdom lies. She must undertake a desperate mission under the growing shadow of an ancient evil, one that opposes the Royal Family, blocks the Sight of the Clayr, and threatens to break the very boundary between Life and Death itself. With only her faithful companion, the Disreputable Dog to help her, Lirael must find the courage to seek her own hidden destiny. 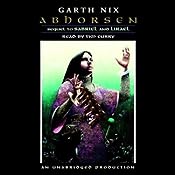 The final book is Abhorsen. From Amazon:

The Abhorsen Sabriel and [her husband the] King …are missing, leaving only Lirael—newly come into her inheritance as the Abhorsen-in-Waiting—to stop the destroyer. If Orannis’s unspeakable powers are unleashed, it will mean the end of all Life. With only a vision from the Clayr to guide her and the help of her companions, Sam, the Disreputable Dog, and Mogget, Lirael must search in both Life and Death for some means to defeat the evil destructor—before it is too late. . . .

The apocalyptic conclusion to the series of events that began with Sabriel and continued in Lirael, the New York Times bestselling Abhorsen is an electrifying reading experience not to be missed.

Sabriel, Lirael and Abhorsen are also available in Kindle format.