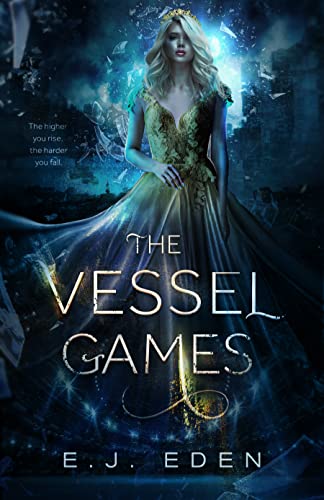 Welcome to the Vessel Games—where men fight to the death to claim a Vessel wife.

After the Great War devastated the lands, birth rates sharply declined, and the world descended into anarchy. The Monarchy seized control, creating a stranglehold over the land and the few women left who can bear children.

Now, only men who are strong enough to survive the Vessel Games can win themselves a Vessel, but Princess Chloe is determined to stop the bloodshed. Working in the shadows against her father, she teams up with a doomed criminal and a Traitor Caste girl. But death isn’t limited to the arena.

With her enemies closing in, Chloe must unlock the secrets of the games before her dangerous plot, and even more dangerous secret, costs her her life.

If you love young adult dystopian novels like The Hunger Games, and The Selection, but want something grittier (and more spicy) this is the book for you.