The Upside Down of Nora Gaines 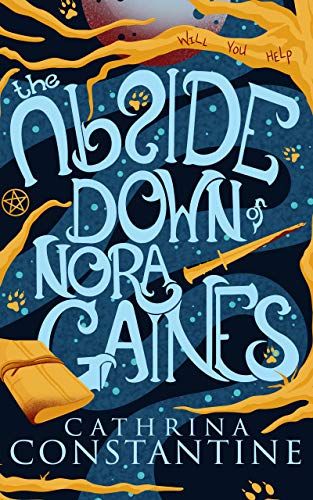 – Learn More
Text-to-Speech and Lending: Enabled
See more titles by Cathrina Constantine
Here’s the set-up:
“This is a fantastic YA paranormal read. I was sucked into the detailed setting of the old farmhouse and little town. The perfect creepy atmosphere for all the supernatural happenings. Ghosts, a beast, and magic. It was so much fun!” ~ Christine Rains, best selling author.

Nora has visions of horrific things that lurk in the shadows and feast on bones. After moving with her mother into an old farmhouse, Nora discovers a blank journal that fills itself with an ominous warning. A cursed beast is coming for her and time is running out. When the blood moon rises, so shall the beast.

Local teen, Rebel, has his own trepidations about the house. His parents, both paranormal scientists, were investigating it when they died under mysterious circumstances. His growing feelings for Nora motivate him to battle the ghosts of his past, if it means keeping her safe.

Allies to turn to enemies. Fiction turns to fact. The past and the present collide. All in an epic battle to claim unfathomable power. Can Nora unlock the secrets buried within the farmhouse in time to save herself and those dear to her from a grisly fate?