From The Washington Post: Their son wanted to see more Black book characters, so they created a business to provide them… Support our news coverage by subscribing to our Kindle Nation Daily Digest. Joining is free! 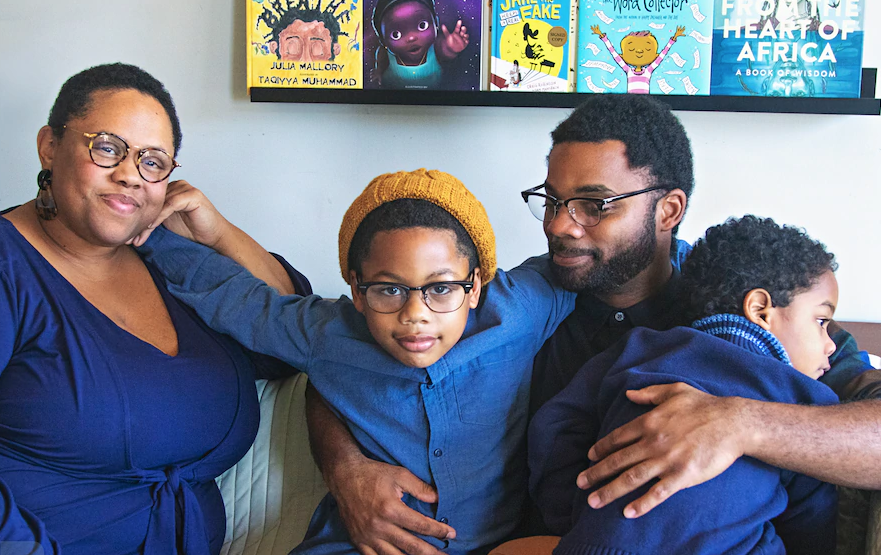 His 4-year-old brother, Emerson — named for the transcendentalist writer, just as Langston was named for the Harlem Renaissance poet — chattered in the background.

Immediately after that disappointing shopping trip, Scott-Miller and her husband, Duane Miller, brainstormed how to create a different kind of bookstore, one where Black families wouldn’t have to search so hard to find books where Black children were the heroes of the stories.

They didn’t have money for a brick-and-mortar store, no investors and, Scott-Miller said: “No one is going to stand behind the concept. So it’s something we’re going to have to do from the trunk of our car.” With the family coffers running low and rent worries, the couple took their last $250 and bought a small stash of discounted books that they sold at a profit.

Langston’s ambitions, and the need they exposed, had inspired a family business.

Liberation Station, the independent pop-up bookstore the couple founded a year ago, sells only children’s literature in which Black children are the main characters.

Before the pandemic, it was a mobile bookseller, setting up shop around central North Carolina in places such as a boutique hotel lobby or an art gallery. Now it sells a curated selection of about 500 books online and has a warehouse with about 5,000 volumes.

Business is booming. Liberation Station grossed about $15,000 in the first year but earned $12,000 in two weeks in June. The coronavirus restrictions that closed libraries and shut down story times created a surge in the demand for book purchases that could be delivered. On top of that, the May killing of George Floyd and White Americans’ resulting desire to read about racial injustice swelled the New York Times bestseller list with titles by Black authors, taking all top 10 spots for the first time in the list’s history.