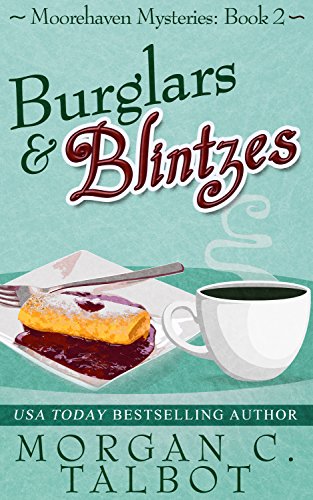 Moorehaven is swarming with guests during summer’s last hurrah, and Pippa has her hands full at the mystery-author B&B. When her gossip-group connections inform her that a local construction project has unearthed a skeleton with a pocketful of Spanish gold, the news spreads, and treasure hunters flood the beaches. But the skeleton has a more recent connection to the area than anyone suspected, unearthing a shameful secret that hits far too close to home.

A marine salvage team rolls into town, seeking the rest of the treasure. When they hire Pippa’s boyfriend, Lake, to be their pilot, the team’s pretty spelunker quickly stakes a claim, rousing Pippa’s jealousy. But Pippa’s been playing tug-of-war over Lake ever since his ex-wife, Mallory Tavish, became the new acting chief of police.

When a killer’s strike brings tragedy to Moorehaven’s door, Pippa must rally her friends, family, and mystery-writing guests to catch the murderer before she loses someone she can’t live without and all the warmth of summer dies with one last gasp.