The Sparks: Book I of the Epic Feud Trilogy 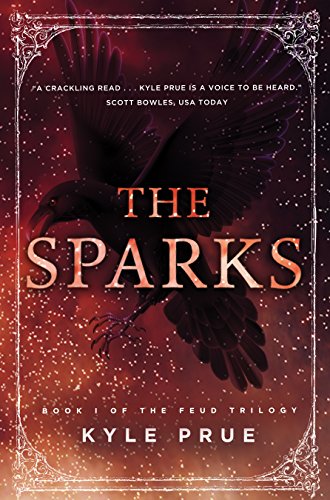 Born with superpowers.
Raised as an assassin.
To survive, he must become a revolutionary.

Neil Vapros just wants to make his father proud. The sixteen-year-old aspires to serve his family as an assassin, but he nearly dies in the process. Worse yet, Neil’s family, as well as two rival dynasties, have abandoned an ancient promise to protect their city. An unknown evil has begun hunting all three houses from the shadows…

As Neil’s relatives fall one-by-one, he attempts to unite the three supernatural families against a common enemy. But earning trust after years of assassination attempts could prove impossible. Neil’s fight may involve more than a bloodthirsty foe, as betrayal rears its ugly head…

The Sparks is the first book in the award-winning epic feud trilogy of young adult fantasy novels. If you like captivating characters, inventive world building, and supernatural battles, then you’ll love Kyle Prue’s action-packed coming-of-age tale.

USA Today calls it “A crackling read!” Buy The Sparks to ignite a mystical uprising today!

NEW: The Sparks is now a #1 Amazon Bestseller in 6 Categories!