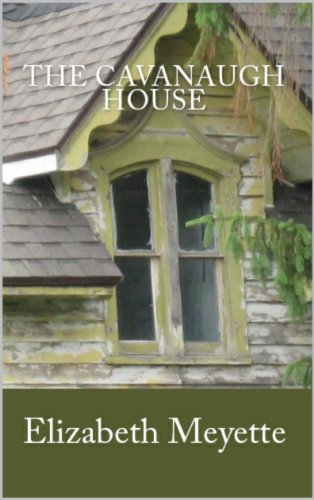 – Learn More
Text-to-Speech and Lending: Enabled
Available on Audible
Enjoy Elizabeth Meyette Books? Tell us why and WIN a chance for a FREE ebook!
Here’s the set-up:
Age-old secrets are locked in this house . . .

And a ghost holds the key.

Why did Aunt Helen leave Jesse Graham this deserted house? The convenience to her new job is uncanny, but people’s reaction to her living there is unnerving.

Questions about her aunt’s death lead Jesse to investigate, and she finds it difficult to trust anyone, even her self-absorbed mother. She uncovers a web of deceit that reaches far beyond the occurrences of twenty-eight years ago.

Her dearest friend Maggie, aka Sister Angelina, SSJ, is her lifeline to sanity. Joe Riley is irresistible, but secrets obstruct involvement with him until Jesse can solve the mystery surrounding her aunt’s death.

As the house slowly reveals its secrets, Jesse’s life is threatened. Someone doesn’t want those secrets unearthed and will stop at nothing, even murder, to keep them hidden.

This mystery will keep you guessing. Start guessing now.