Confessions of a Celebrity Bodyguard 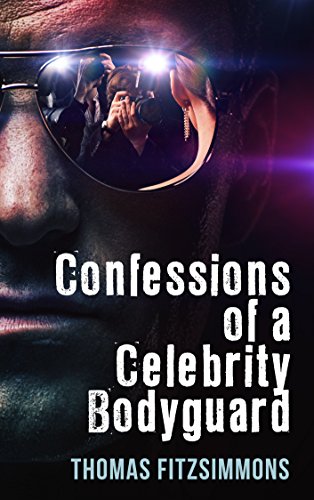 – Learn More
Text-to-Speech and Lending: Enabled
Enjoy Thomas Fitzsimmons Books? Tell us why and WIN a chance for a FREE ebook!
Here’s the set-up:
Written by a real-life, A-list celebrity bodyguard – Someone is murdering Hollywood’s elite. Only professional bodyguard Michael Beckett can make them stop. Ex-New York City cop Michael Beckett has seen the worst humanity has to offer. But nothing has quite prepared him for his role as a celebrity bodyguard: shepherding TV-reality star Tata Andolini through throngs of fans and hyper-charged celebrity photographers: stalkerazzi. And when he takes on a new client–the beautiful A-list celebrity Victoria Carrington–the chaos only gets more chaotic. Heroin has made its way into the celebrity circles Beckett inhabits. And stars are fatally overdosing–very likely the deliberate work of a serial killer. Meanwhile, Beckett’s previous romantic entanglements–of which there are many–are threatening to undo him personally and professionally. His mentor, Sweet Tommy Lisi, a reformed mobster, may not be as reformed as he’d thought. And the feds are on Beckett’s tail for his previous involvement with the Rockers, the NYPD’s vigilante avenging angels. Could things get more complicated? Probably. At times funny, at times harrowing, Confessions of a Celebrity Bodyguard is a gritty, atmospheric romp of law and disorder–culled from author Thomas Fitzsimmons’s real-life background.