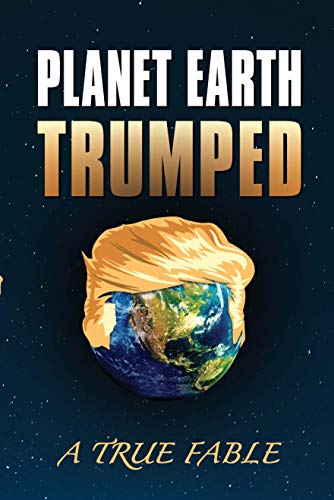 Marcus’ life is upended on election night, 2016. Through the counsel of the “Orange-tent-guy,” a homeless man, he slowly finds peace even as his life unravels in a world predicated by lies.

Marcus, like many in today’s political climate, is battling group think, confirmation bias and cognitive dissonance. The more time he spends with the Orange-tent-guy, the more he questions reality. Who is his wife, really? Is she connected to the Russian governement? Can his Hispanic friend, Jesus, mulitply the sandwiches for the homeless? And what about Michelle, formerly known as Michael? Is she/he a closet conservative and if so will “they” be excommunicated from the LGBTTQQIAAP community? And then there’s Luke. Can he and his Antifa comrades save the world from fascism? And what about Adara, thier Muslim friend? Can she survive with “Twitler” as president?

To complicate matters, Marcus must save the world from runaway climate change both in our time and in the future – where Al Gore has left secret clues to saving the planet, a twist that leaves the reader astonished. And, in the future, Alexandria Ocasio-Cortez has become president and is running for her second term against Candace Owens who, if she wins, will be the first black, female president.

Planet Earth Trumped is historical fiction. All of the dialogue is based on actual recent events that many will find hard to believe. But, if there’s ever a doubt, links to each actual event are included so the reader can see for themselves. Truth is stranger than fiction in these rapidly changing times. Is “Orange Man Bad?” Maybe. Maybe not.