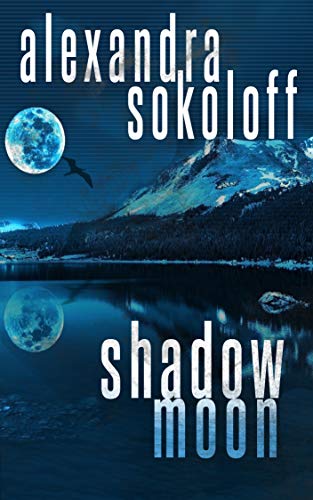 For thousands of years, women have been prey. This time, the predators lose.

Does Fate connect us?

Mass killer Cara Lindstrom is in the wind, after a deadly encounter which leaves FBI Special Agent Antara Singh questioning her own sanity and fitness to serve. ASAC Matthew Roarke exiles Singh to Portland to work as an assistant to his old mentor, retiring profiler Chuck Snyder—but a mysterious break-in alerts Singh and Snyder to an active threat revolving around an old case: a series of brutal murders of homeless teenagers on the streets of Portland and Seattle.

Singh and Snyder must go on the road and deep into Roarke’s and Cara’s pasts to discover a pattern of destiny and interconnection that holds the key to unsolved child murders, past and present.

The Huntress series takes place over six months in the present and in multiple timelines in the past. Shadow Moon is a culmination of those characters and storylines and it is strongly recommended that the series be read in order:

“This interstate manhunt has plenty of thrills…Sokoloff keeps the drama taut and the pages flying.”        —Kirkus Reviews

“Some of the most original and freshly unnerving work in the genre.” —New York Times Book Review

“Who you know: Agatha Christie, Gillian Flynn, Mary Higgins Clark. Who you should read: Alexandra Sokoloff.” —The Huffington Post