Blood Ribbon: When there’s more than secrets buried, where do you start digging? 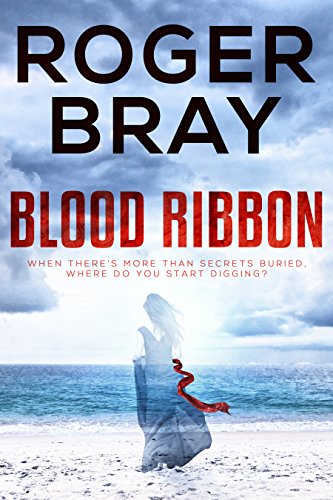 4.0 stars – 5 reviews
Kindle Price: 99 cents
Text-to-Speech: Enabled
See more titles by Roger Bray
Here’s the set-up:
When Brooke Adams is found battered, bleeding, and barely conscious, the police are at a loss as to who her attacker is or why she was targeted. Then, PI Rod Morgan turns up convinced that Brooke’s attack is the latest in a string of unsolved disappearances dating back thirty-five years. The police, however, aren’t convinced, leaving Brooke and Rod to investigate the cases themselves. As secrets from the past start unravelling it becomes a maze, deeper, darker, and far more sinister than either of them could have imagined. Will they find Brooke’s attacker before he strikes again, or will that one secret stay buried forever?