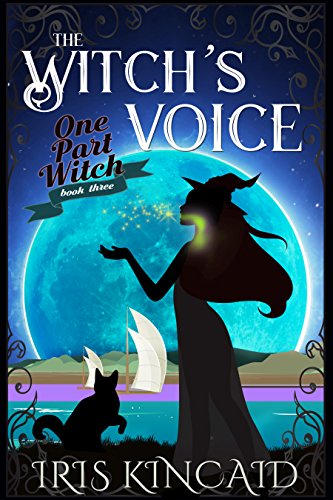 Wanda Macomber knew that her voice was a bit on the mousy, nasally side. But that didn’t mean that she wasn’t horrified to lose it, after a freak accident. Why did such a terrible thing happen to her? Was it because she never had anything terribly important to say?

In life, Lilith Hazelwood was the most powerful witch in Oyster Cove. In death, she is determined to find and punish her murderer. Once enraged by the fact that her body parts had been used for organ transplant, she now sees the beneficiaries as the best means of avenging her own death. If they would only stop being sidetracked by silly diversions like solving human murders and finding love.

Wanda not only receives Lilith’s sultry, honey-smooth voice, but its power as well. Lilith had never had any qualms about manipulating the world and everyone in it just as she pleased. Wanda has to wrestle with whether she has the right to exercise so much power over others – but if she denies that power, she may lose the opportunity to solve one of Oyster Cove’s most heinous murders.

“The Witch’s Voice is fresh and full of hope for anyone to overcome some of their disabilities no matter what they are, seen or unseen!!! Great mystery with a witchy twist and kick to it!!! I look forward to the next book!!!” 5 star review

Enjoy Iris Kincaid’s Books? Tell us Why and Win a Free Book!
Authors and Publishers: How to Sponsor Kindle Nation Daily