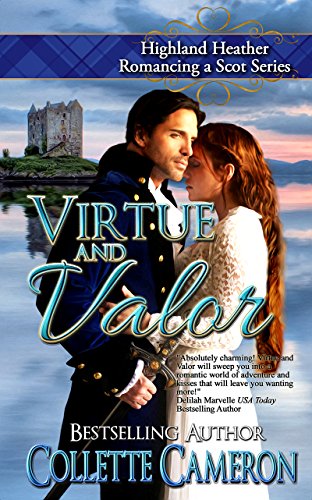 Can love unite a reluctant earl and a disenchanted beauty?

Bartholomew Yancy never expected to inherit an English earldom and had no intention of marrying. Now, the Earl of Ramsbury and last in his line, he’s obligated to resign his position as England’s War Secretary, find a wife, and produce an heir. Only one woman holds the least appeal: Isobel Ferguson, an exquisite Scotswoman. Brought to Scotland to mediate between feuding clans, he doggedly woos her.

Disillusioned with men pursuing her for her attractiveness, rather than her unusual intellect, Isobel has all but abandoned any hope of finding a husband in the Highlands. Not only does she believe Yancy no different than her other suitors, he’s a notorious rake. She’s been told he’s practically betrothed. Therefore, his interest in her cannot possibly behonorable, and so she shuns his attentions.

When Isobel is mistakenly abducted by a band of rogue Scots, Yancy risks his life to rescues her. To salvage her compromised reputation, her brother and father insist she marry him. Yancy readily agrees, but Isobel–knowing full well she’s fated for spinsterhood by refusing his offer–won’t be coerced into marriage.

“…felt like my heart was in my throat at times! There’s excitement, danger and passion woven throughout the pages and this story is another fab addition to the series.” ~Rookie Romance

*Though this book is part of a series, it is a stand-alone novel.

**Be sure to check out the Castle Bride Series which inspired the Highland Heather Romancing a Scot Series. You’ll meet some familiar characters.

Enjoy Collette Cameron’s Books? Tell us Why and Win a Free Book!
Authors and Publishers: How to Sponsor Kindle Nation Daily