One Hell Of A Ride 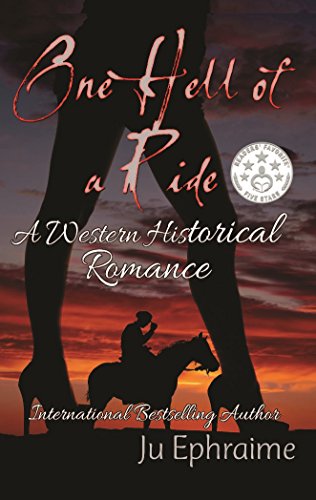 When Joe Cariello sees the young lad, Cas, standing in the doorway of his old friend’s ranch, he has no idea his friend has just been murdered and that he’ll be viewed as the most likely suspect. He’s a drifter, not a killer. Now he’s determined to find out what happened to his old friend, and if it means working alongside Cas, he has no problem doing so. That is, until he delves deeper and realizes, everything is not as it seems.

At first, Cassie Sorrento is suspicious of the drifter, but something about him convinces her to accept the help he offers in solving her grandpa’s death. She’s so impressed with his, take charge attitude, she hires him. But she soon realizes she’s in uncharted waters with Joe, and if she’s not careful, her carefully guarded secret might be revealed.

Now Cas must decide, should she reveal her secret to Joe and take her chances or should she continue her charade and let him drift on out of her life, when the job was done? This presented a challenge to Cassie, and having never been one to back down from a challenge, she does not intend to now; although she’s well aware that in this instance, she might bite off more than she can chew. But Cassie realizes she’d give up everything if it means having Joe in her life, permanently. She wants to go riding with him, all things considered, riding with Joe will be, one hell of a ride!

“I loved the realistic feel of the western setting in this book, as well as the heated tension between the two main characters.” —Readers’ Favorite