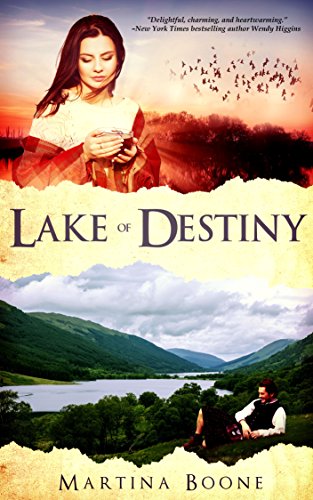 A magical romance about destiny, family, healing, men in kilts, and the sometimes twisted path to love from the award-winning author of Compulsion. “Delightful, charming, and heartwarming.” –NYT bestselling author Wendy Higgins

Helping her aunt organize a Beltane Festival in a picturesque Highland village seems like the perfect escape from Anna’s second broken engagement and the meltdown that wrecked her legal career. But to succeed in helping the cash-strapped village, she’ll need to overcome dangerous sheep, a disaster of a dog, kilt-wearing villagers and the objections of the reclusive local laird who refuses to open his property to the public for the ancient tradition of the “Sighting.”

For centuries, Loch Fàil in Balwhither has been known to locals as a “thin” place, one where the veil between worlds peels back on Beltane morning to reveal the face of a person’s one true love. The tradition could draw tourists by the busload, but that’s exactly what Connal MacGregor fears will expose the secrets he’s been desperate to keep hidden.

While Anna struggles to mediate between the needs of the village and Connal’s need to protect his identity and his disfigured child, she finds herself falling in love with all of them: Connal and his daughter, the magical glen, the villagers. But day by day, opening themselves to an honest relationship exposes deep scars in both Anna and Connal, and confronting those wounds could finally set them free to love with their whole hearts–or endanger their every chance of happiness.

With a quirky cast of characters, an unforgettable small-town setting, genuine emotions, and a heartwarming journey of healing in addition to the sexy hero, this is a book that will delight fans of Nora Roberts, Susan Wiggs, and Diana Gabaldon alike!

Enjoy Martina Boone’s Books? Tell us Why and Win a Free Book!
Authors and Publishers: How to Sponsor Kindle Nation Daily